Jon Anderson is going through a transformation. After over 50 years in the music business, including massive success with Yes, the prog rock band he co-founded (inducted into the Rock & Roll Hall of Fame in 2017) Anderson is the living embodiment that you can’t skate on yesterday’s ice.

“I’m going through this life experience, now believing in the things that I’m doing more than ever,” says Anderson. “Because you can’t repeat yourself.” referring to “Close to the Edge” and “Awaken,” Yes classics that are vastly different in their musical composition. “So you just have to challenge yourself to evolve and try something else.” And the irony of this forward-looking transformation is that he looked backwards to recordings from 30 years ago.

In the 1990s, during a break from his typical music business obligations, Anderson sought solace in an A-frame cabin in Southern California’s San Bernardino mountains. “I went to Big Bear to get away from the world… and started writing some songs.” With the idea of getting different musicians to play on the project, Anderson collaborated with longtime friend and pre-Yes bandmate Brian Chatton on eight tracks, as well as Yes members bassist Chris Squire and drummer Alan White.

Touring soon followed Anderson’s retreat, beginning with Japanese composer Kitaro, and the project was set aside. “I carried on doing tours with Yes from then on, so the tapes sat in my garage.” The ‘Big Bear tapes’ remained shelved for decades until two years ago, when producer Michael Franklin, who had recorded some of the early arrangements made in Anderson’s mountain getaway asked ‘Why don’t you send me the tapes and we’ll see what they sound like?”

What they sounded like was good, and both he and Anderson knew they had something special. Anderson’s brainchild could have easily been vaulted or forgotten but was revived instead. The working title of the salvaged recordings became 1000 Hands, a name that signifies the many different musicians who contributed to the album. In addition to the core group on the tracks recorded three decades ago, Franklin brought in a new crew of artists who added their own individual elements to the mix. Anderson added backing vocals and revamped the old recordings.

“All the music seemed to just grow very fast within a year, a couple of years ago when we started, and I wrote some new songs, ‘Ramalama’ and ‘Where Does Music Comes From.” Anderson’s voice sounds as clear and resonant as ever. “The interesting thing to me was my voice still sounds the same from 30 years ago. Freaked me out. The voice is still good. And I enjoyed doing some new songs, of course.”

Among the talent on the 1000 Hands roster are Ian Anderson, Jean-Luc Ponty, Chick Corea, Steve Morse, Rick Derringer, Pat Travers, Jonathan Cain, Carmine Appice, Zap Mama, and the Tower of Power horns. In addition to his producer credit on the album, Franklin, an accomplished musician, plays keyboards on several tracks.

Anderson’s dream of having drummer Billy Cobham (Mahavishnu Orchestra) on the record was realized on “Come Up,” a jazz-fusion masterpiece that also features Chick Corea with symphonic and world music elements.

“Now and Again,” the closing track that features longtime Yes partner Steve Howe on guitar, contains a deep sentiment: “I was explaining to anybody that understands, you know, ‘I used to sing with this guy a long time ago,” Anderson laughs, referring to their musical partnership that began over 50 years ago. “We did some good music together.”

Anderson’s first solo album, Olias of Sunhillow, was released in 1976. The Yes frontman penned the storyline, played every instrument on the recordings, and, of course, sang on every track. Since then, Anderson has released 13 more albums in his solo career. From his collaborations with Vangelis and Kitaro, up to his more recent works with Roine Stolt and Jean-Luc Ponty, each creative endeavour reveals another dimension on his musical journey.

Throughout his life, Anderson has shown an unabashed love for nature and spirituality. Peace, love, and higher consciousness are characteristic in Yes classics like “Starship Trooper,” “Close to the Edge,” and “Awaken,” while “Don’t Kill The Whale” carries a vehement message that rails against man’s cruelty and the ruination of earth.

Since the departure of Anderson and Rick Wakeman in 1980, Yes has carried on in its different formations, recording new material and touring. Huge commercial success would come for Yes with the release of 90125, their multi-platinum 1983 release. “Owner of a Lonely Heart” flooded rock radio airwaves, dance clubs, and garnered massive MTV rotation. Anderson and Yes alumnus Tony Kaye had returned to the fold to record the chart-busting album and participate in the extensive touring that followed.

Anderson discussed rejoining the band after his hiatus.

“I went to see my family in London. Chris called me up and I went to into his car. He had a Rolls-Royce, and we sat there and he played these tapes of 90125. They (tapes) were called Cinema at that time. I just loved it. And I’d heard the music by the producer, Trevor Horn. So basically, we know that the record company were going to invest a lot of money to promote this album and this one song, which is very commercial. So we’re getting ready to tour and the single was number one around the world. The album was in the top 10 around the world.”

Having never wanted to don the crown of an exalted rock star, Anderson eschews lavish attention from the media, about as low-key as a highly-accomplished musician can be. During the 90125 tour, he shares a funny story when he and a couple crew members decided to drive a car from New York to Boston rather than travel in the private plane with the rest of the band.

“So we drove to Boston from New York and we stopped for some petrol next to a cinema and there’s a sign outside the cinema. And it said, Spinal Tap. So I said, ‘Spinal Tap! What the hell is that? Come on, let’s go.’ So we had a joint, and it was just the three of us and a little lady in the back of the theater, and I never laughed as much in my life! It was every band that I’ve ever seen on this film. It was like backstage with Yes everywhere! I couldn’t stop laughing. I was just some viewer watching this thing happen, especially because it was big time in terms of everybody loving you. You know, all the record company executives love you. Adore you. It’s kind of funny to me. I’ve never been enamored by being a sort of rock star because I know where I come from.”

When asked at the end of the interview about a possible Yes reunion, Anderson had this to say… “I think I had a dream about it…and what the dream was, all the people in the band were there.

And, you know, everybody, basically there’s about eleven people. Around that. And I have my guitar on, as though I was doing some solo section of the show. So I think it was Steve (Howe) and his band opened up. And then I came on and did half an hour of solo stuff, and then Rick Wakeman did something with Trevor (Rabin) or somebody else. And then we finished up doing ‘Close to the Edge’ and ‘Awaken,’ all together. There’s a way to do it without ego coming into it. Collectively, we should all be thankful and grateful for being blessed to still be able to create and perform and put on a good show and make sure that the arrangements around the concert are really wonderful and that the visualization, the presentation and the staging is magnificent. And then can we do it? That’s all the dream was. I’m ready. As long as there is no ego involved.” 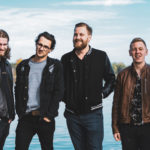 “If I Have To Die,” then I Want To Hear The Wilderness’ Latest Single [Premiere] 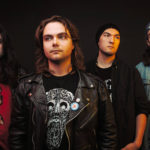