As an artist and as an individual, there is nothing one-dimensional about Gregg Sgar. This emotional complexity is quite apparent on his brand new single, “Signs,” and its accompanying performance music video. Expressive, tender, emotional, and inspiring are all adjectives you may use to describe the new song, the follow up single to Sgar’s COVID-19 inspired anthem “Don’t Go Outside.”

With “Signs,” Sgar takes on the viewpoint of a person struggling with depression trying to remain hopeful during hard times. The lyric “Even when you’re crying, look for just one sign” is an accurate portrayal of the message that the song is striving to get at. Sgar’s primary goal, not just with “Signs” but with all of his music, is to establish a lasting emotional connection with his listeners through his straight up, no-nonsense point of view. It’s all about honesty, whether it’s positive, negative or otherwise, Sgar just hopes that you derive some emotion from his music.

Like his music, the video for “Signs” is also no-nonsense affair, featuring Sgar and his collaborators delivering an impassioned studio performance. Commenting on the video, the songwriter said, “I made this video to show fans the creative process of how this song came about, as a live performance. It’s hard to hear all of the different elements that make up a song, so I tried to paint a clear picture of those elements and the minds behind the song.”

Originally from New Jersey, Sgar was already gearing up for a career in music as a young child. He learned the drums at age 8 through his uncle’s guidance and then, by 12, he learned how to record music and by high school was helping other classmates record their own songs. Truly a dynamic artist, Sgar’s music is not relegated to any one genre, with it embracing aspects of rock, R&B, hip-hop, and lo-fi. Even though he is still quite young, Sgar has already racked up some incredible accomplishments, none larger than winning the 2018 John Lennon Songwriting Contest which has recognized the talents of many established songwriters in its 23-year history, such as Meghan Trainor, American Authors, MAGIC!, and more.

With such a multi-faceted approach, there’s no doubt that Gregg Scar will continue to stand out amongst his peers and set an example for other up and coming songwriters who are ready to break out in a big way. 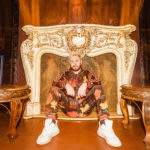 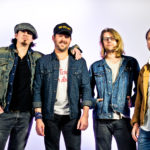