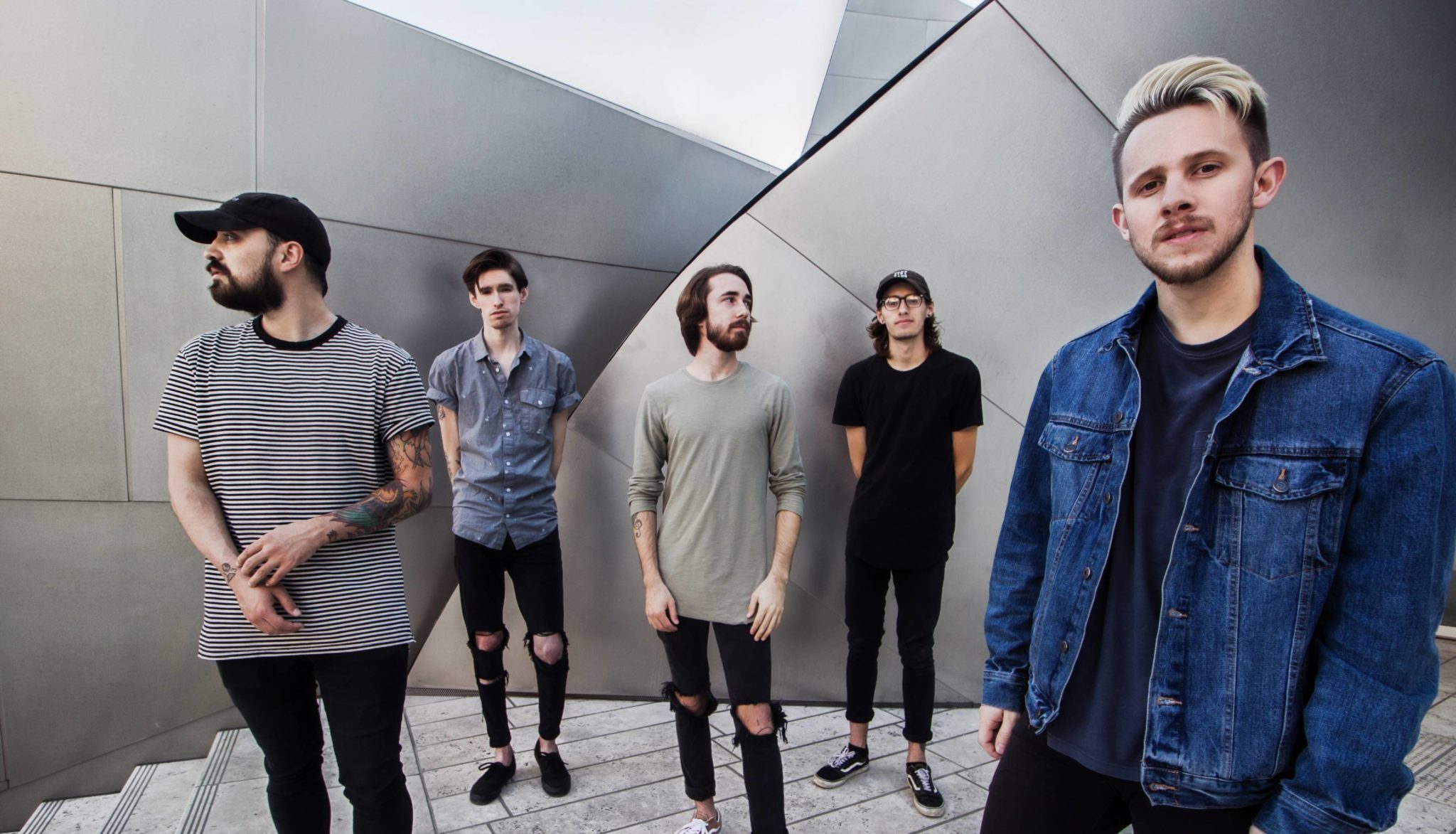 Geared Up: Sunsleep’s Dylan Woods Shares His Excitement for the Orange OB1-500 Amp

We’d like to introduce you to some “New Sensations” today with the rising alternative rock band Sunsleep. “New Sensations” is the group’s latest single, a track that is very well representative of their talent at combining dazzling hooks with an emotional songwriting style. The new song shows off the band’s more experimental side along with a more upbeat approach as compared with their previous releases. “New Sensations” sways on the positive side of things, a song about chasing the highs in life that take you where you’d ideally like to go and at the same time feeling a sense of unity.

A quintet, the beginnings of Sunsleep extend back specifically to New Years Day of 2017, the day the band formed. Originally meant to be simply a studio writing project, they emerged into a full-fledged band, motivated by the reception to their debut single “Fever.” The band members realized that it wouldn’t be enough to just put these songs out there, they wanted to have the opportunity to play them live. In the last three years, they have trekked across the U.S. several times during some cross country tours and previously released the EP I Hope To See Again With Brand New Eyes.

We recently chatted with Sunsleep bassist Dylan Woods for our latest Geared Up feature in which Woods discusses the Orange OB1-500 amp and how it has helped him achieve the sound that he aims for.

Dylan Woods: “The Orange OB1-500. It’s a 500-watt analog solid-state amp that is as simple as it gets but as diverse as it comes.”

How did you come to possess this amp? Vintage shop, regular shop, borrowed money, gifted?

“Actually borrowed an Orange head for one tour and absolutely fell in love with it. After that tour, I started doing a little more research on Orange and the different amps they made. Kind of demoed a few different ones and finally settled on the OB1 series and never looked back.”

What made you choose the Orange and were there any close seconds or alternates?

“We were out in Chicago for a show and had a day off in between so we hit up Chicago Music Exchange with a few friends. While we were there I ran across a practice room that had the OB1 in it to demo. After researching for a few weeks prior, I kind of took it as a sign. Sat down, started playing with it a little and instantly knew that it was the one.”

What about the Orange OB1 makes it so important to you?

“The versatility of it. I’m probably going to say this a lot throughout this but with just a few knobs, it absolutely amazes me how versatile it can be. Gives me endless creativity and with different speaker and bass combinations, you truly can have any sound.” 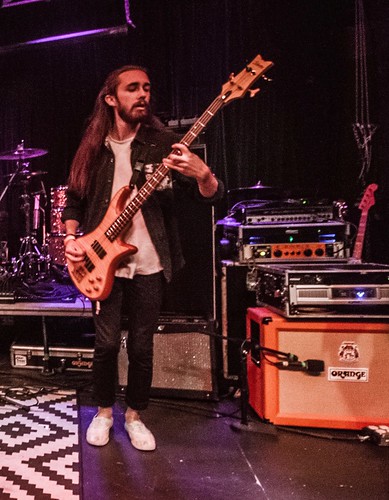 “During the recording, we used a Dark Glass amp. But with the OB1 being as versatile as it is, I am able to closely recreate the bass tone from the recordings.”

We know you love the Orange OB1, but are there any major cons? (Ok, now you can also list the pros.)

“The only con I can think of is how dang heavy it is. But hey, no pain no gain am I right?”

If you could, or wanted to (maybe you don’t at all, and that’s cool), what would you tweak or mod on it?

“I would expand on the EQ band a little. As of right now it has the standard bass, mids, and treble switches which is definitely fine for what this amp has to offer but with expansion on the EQ, this amp couldn’t be touched.”

“It is extraordinarily easy! The OB1 amp comes with just six knobs on the front interface that include the volume, treble, mids, bass, blend, and overdrive. With only these six knobs, you can get an endless amount of different tones from a simple clean bass tone, to a distorted overdrive tone. The EQ band also really helps hone in the exact tone you are looking for and helps you have endless creativity.”

How does the Orange OB1 hold up with regular touring and gigging?

“I’ve had this amp for two years now and have done a few tours with it and let me say, it has not given me any trouble once. I’ve paired it with a few different speaker cabinets during this time and with the versatility of the amp, it allows me to be able to hone in my tone with any pairing no problem.”

“Oh god do I have a few. Probably the worst one was the time we were in North Carolina at The Local 506. I was restringing my old bass right before soundcheck when one of my tuning keys decided to just go. And when I mean go, I mean it was gone, dead, no more. I ran around town trying to find a music store to replace it and each store closed literally fifteen minutes before this. Ended up not having any luck replacing it and the show went on. Moral of the story, I learned my lesson and now I carry extras of everything with me everywhere I go now.”

Any final thoughts or comments on the Orange OB1-500?

“Yeah, I’ll definitely say, if anyone is looking for a great, reliable, and versatile head, the Orange OB1-500 is a solid choice! Pair it with any amp and bass and you’ll be able to get if not exactly, as close as possible to what you are looking for in your tone.”