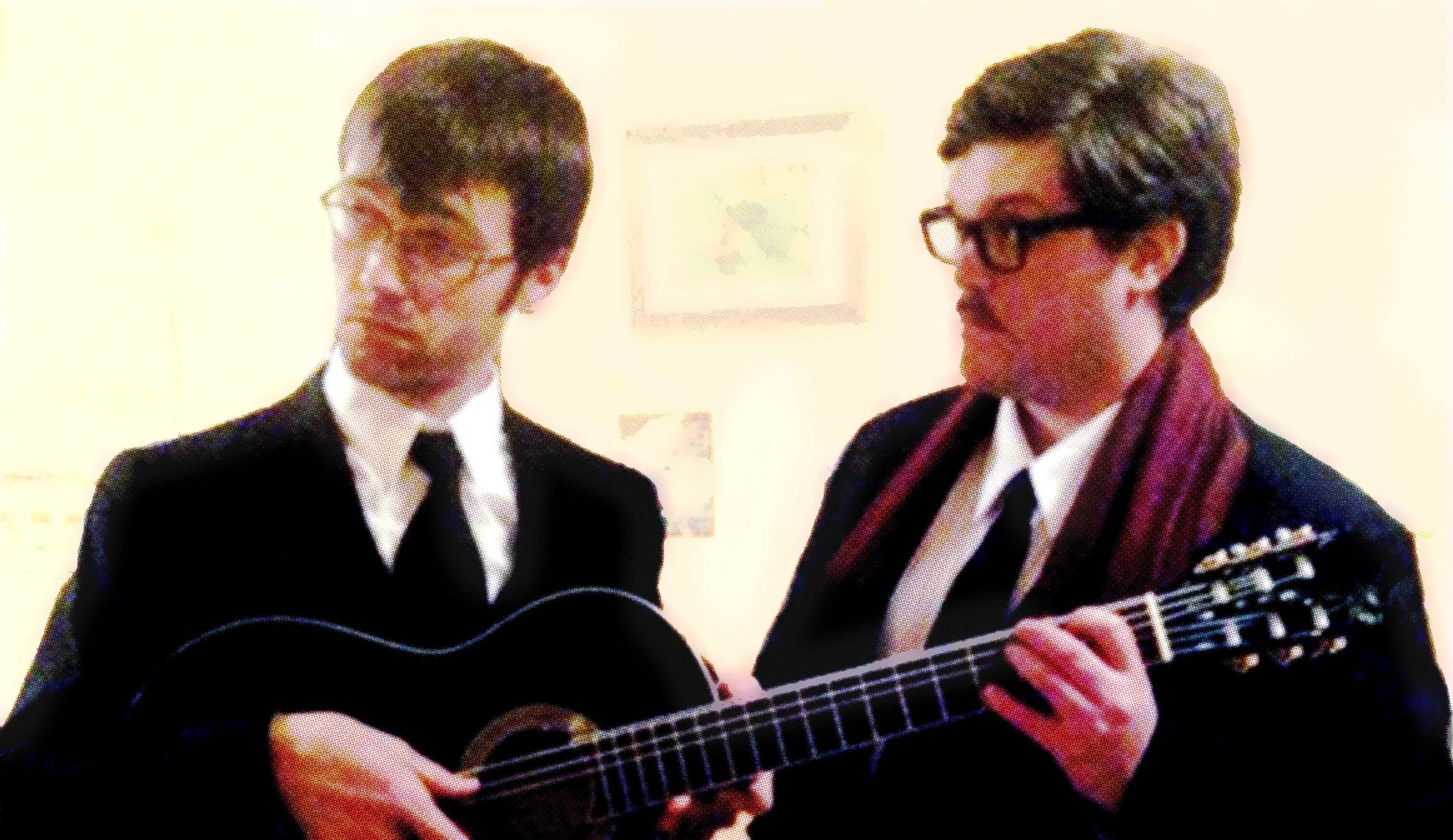 If you ever needed proof of the age-old saying that slow and steady wins the race then you need not look further than to Austin duo United Shapes. It was 2004 when Joseph Devens and Drew Cave combined to form what would become United Shapes and, now, in the year 2020, the time has come for the release of the band’s first official studio album.

Titled Compound Shapes, the record delivers in all of the right ways, conveying the eclectic sound that Devens and Cave have been working all this time to perfect. It’s a concept record with song titles and lyrics all centred around compound words. To help raise that hype level, the guys have released the music video for the lead singer “Peppermint,” a Devo-esque sounding song with a classic feel to it. The music video is essentially a three-and-a-half-minute animated murder mystery that was concocted by Devens himself.

Discussing the use of compound words and the overall concept, Devens commented on the writing of “Peppermint,” stating, “This song is the result of trying to write a song with ‘Peppermint’ as the title without writing a song about an actual peppermint. We decided to let compound words inspire the songs and their lyrics in an abstract way, so I decided ‘Peppermint’ was the name of a murderous snowman that accidentally left a teardrop (another compound word) at the scene of a crime and was convicted after the detectives discovered it. I wrote an awful lot of lyrics and eventually scratched most of them because they simply didn’t fit into the music I had written, but I did keep the murderous snowman. Whenever the song started to seem too ridiculous, I’d remind myself of the precedent set by Paul McCartney in ‘Maxwell’s Silver Hammer.’ There aren’t a lot of pop songs about murder, and I was thrilled to try my hand at it.”

At this point, you’re probably wondering why it’s taken all of this time for United Shapes to actually release a debut album. Well, to put it simply, it’s partially because neither Devens nor Cave knew anything about how the music industry worked and the two also had something of a motivation deficiency to actually get the job done. It’s not like they didn’t try, with eight demo albums previously completed. Sometimes things just take time and often, those things are well worth the wait.

Devens and Cave go back a long time, having met in grade seven before becoming best friends in high school and then roommates at The University of Texas at Austin. On the last day of high school, Cave suggested to Devens that they form a band and by 2004, they recorded their first demo, False Point. What that demo and the duo’s new music have in common is that catchy, quirky, and at times odd indie-pop sound that is endearing to fans of acts such as They Might Be Giants and Radiohead.

With Compound Shapes due out on October 16th via Flim Flam Records, United Shapes will finally have taken that step into a much larger world. It’s proof of another age-old saying; good things come to those who wait.