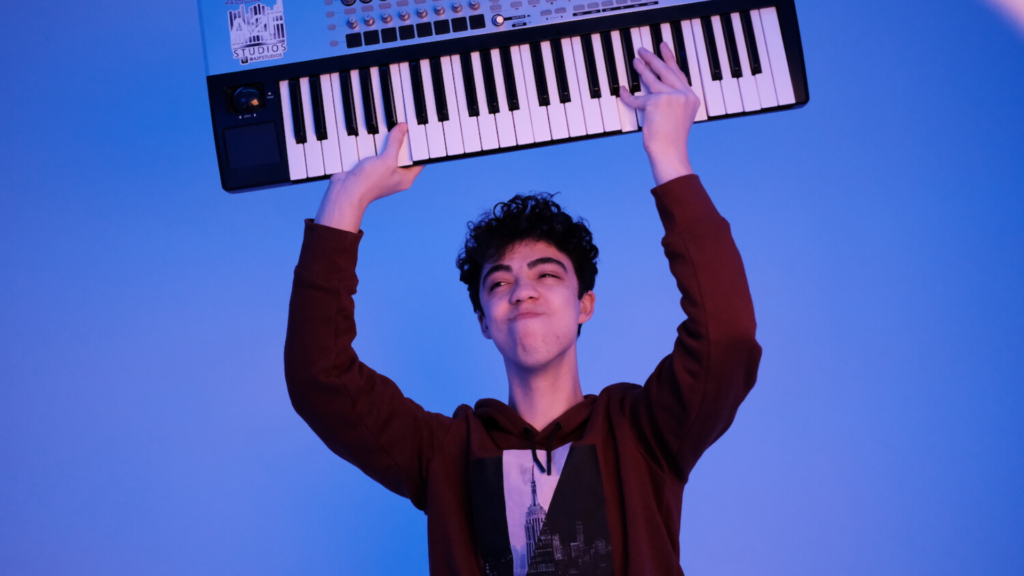 Ethan Bortnick announces the release of his EP, harmonic minor, on August 28th with Sun & Sky Records. Loaded with previously released tracks and a new song entitled “5 am,” the project fulfills Bortnick’s search for beauty in the madness. The EP begins and ends in chaos, representing the existential chaos within the artist and people’s irresistible magnetism to their own forms of chaos.

“Ethan delivers tunes filled with fiery piano performances, moody vocals, and lyrics that feature his knack for balancing humor and vulnerability,” Sun & Sky Records said. From the opening scream in “I Want Red” to the thunderous beat in “5 am” that completes the EP, Bortnick manages to take listeners into the deepest parts of his mind while creating a sense of curiosity for the next thought. With harmonic minor, the Generation Z musician has created a piece of art that “flows like a cycle…through an introduction to his dark, manic, piano-heavy tunes,” Sun & Sky Records said.