It’s time to drop the top and try something different for a change. We’re talking about Drop Top Alibi and their latest music/lyric video for the single “Eyes For You.” If the last 60 years of popular music has proven anything, it’s that imitation often breeds commercial success. Bands and artists routinely rip each other off and show very little shame in doing so. Rather than act like everyone else, though, Drop Top Alibi aim to break the mould and escape the usual industry standards such as where a chorus should be placed and that a song should only be at the most four minutes long. Their main mission is to bring you something unique, that might catch you off guard, but in a positive, refreshing way.

The ‘90s-inspired “Eyes For You” is the final single to come from a three single trilogy that also includes “Summer Nights” and “Take It All In Stride.” The three tracks represent the band’s interpretation of what it’s like to be located and play in the city of Toronto.

“‘Eyes For You’ is a song about mental health and addiction,” commented the band. “Initially, it was written with the idea of talking about the opiate crisis. As it evolved, and especially with the current state of the world, it’s taken on more of a survival versus temptation stance while stuck in stagnation and isolation. It’s hard to keep the voices quiet, people are struggling with inner demons even more so in isolation.”

It’s all about power and presence for Drop Top Alibi with their powerful vocal melodies, shredding guitars, and pounding rhythms. Originally a duo, the band was formed in the summer of 2016 by lead singer Brandon Gregory and guitarist Dylan Wykes. It wasn’t long before they were recording their debut single “Holding The Gun” with none other than Gilby Clarke, the extremely well-respected guitarist and former member of Guns N’ Roses. Subsequently, Gregory and Wykes solidified their unit with the addition of bassist Luc Ricci and drummer Jeff Cox. After recording their debut EP, they gained some much-needed exposure supporting Clarke on tour throughout Canada in the fall of 2017. The band really hit their stride last year when they hit the road for some major touring alongside bands such as I Mother Earth, Finger Eleven, The Wild!, Theory Of A Deadman, Weapons, and Royal Tusk.

Keeping the spirit of rock n’ roll alive, Drop Top Alibi are determined to carry forth, riffing their way forward, unrestrained by stylistic custom or convention. 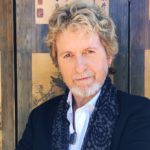 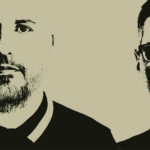 Every Scar Has A Story Reflect on Friendship, Writing During Lockdown and Mental Health