You better make sure your walls are secure because they may just cave in as you’re listening to “Superstition Reborn,” the punishing and brutal new single from Narcissistic Necrosis. You’ll find this and a lot more on the band’s debut full-length record, The Art of Deformity, which you can eagerly anticipate with its August 28th release date soon approaching.

The Calgary-based brutal death metal outfit may now be a full-fledged quartet, but it was principally designed by William Bigcrow, the singer, guitarist, and leader of the band. Bigcrow had already finished writing and recording the whole album before his three bandmates ended up joining the fray. With a forceful, in-your-face approach, The Art of Deformity makes a firm statement on topics such as religious hypocrisy, narcissism, self-improvement, self-destruction, superstitious beliefs, and misanthropy. Essentially, there is nothing off-limits when it comes to Bigcrow and his focused songwriting.

Regarding “Superstition Reborn” specifically, Bigcrow commented, “The song is about how credulous beliefs can be maintained, despite efforts to try to renounce them.”

The release of Narcissistic Necrosis’ debut record has been a long time coming for Bigcrow since he created this one-man death/grind metal assault in 2014. It wasn’t until this past February that Bigcrow had the lineup nailed down with guitarist Jaden McLean, bassist Mike Jones, and drummer Jayden Walker now all apart of this metal machine. With pounding, metallic guitars, grinding low-end bass and blasting drums, the band pulls no punches in leaving a lasting impression on you and your tastes for raw, authentic metal. 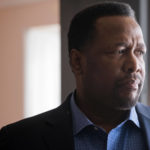 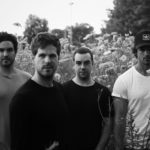