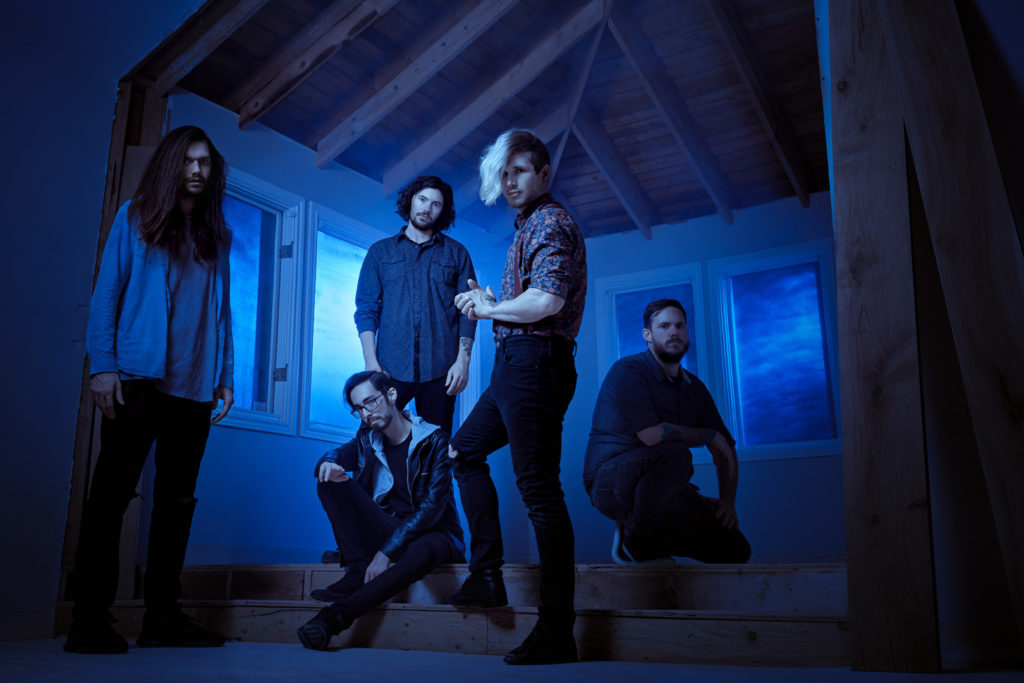 A Message of Hope from Designer Disguise and Vocalist Jackson Bengtsson

Seattle-based Designer Disguise formed as a metalcore group in 2015 and have taken the intervening years to expand their sound by incorporating elements of pop, hip-hop, and R&B. Now, with the five-track Nowhere EP (April 2020) and brand new single “No One’s Alright” (August 14, 2020), Designer Disguise have definitely perfected their sound. The Linkin Park-esque rapping and rock mix give way to some entry-level metal tendencies, and soaring pop melodies and studio-slick production round out the massive, catchy tunes.

At the root of the band’s power-pop heart, is vocalist Jackson Bengtsson. They bring the heat, the melody, the stadium-spraying vocal work that highlights the strength of Designer Disguise. And they also bring the hope. In light of their new single and the struggles the band has faced – alongside everyone else – in 2020, we are happy to give Jackson the floor as they take us through the therapeutic power of creativity and art.

Creativity and Healing with Jackson Bengtsson:

“About a year ago I was already feeling the collective anguish of our nation and of our planet. I felt sad and scared and worried about everyone else who was feeling the same way. Over two long nights. I produced, wrote, and recorded the demo for “No One’s Alright.” Through that surge of creativity, I was able to process my feelings of helplessness. I found my voice and my truth. I remember thinking how relevant the song felt at the time, but I had no idea how much more relevant it would become.

“Fast forward to March 2020. On the eve of our West Coast tour for our Nowhere EP, we realized that it would be imprudent to set off on the road as COVID-19 began to spread across the country. Obviously, we were disappointed but more than anything we were faced with having to operate in a new and changing world. That same feeling of helplessness and worry that I had felt months earlier began to wash over me. In this new moment of uncertainty, pain, and confusion, Designer Disguise turned to music, just like I had months earlier. We turned to creativity and gave voice to our own experience and feeling. Through the process of producing the song and video for “No One’s Alright,” I became convinced that creative expression on all levels is the key to healing humanity.

“In the grand scheme of things, of course, we want this song to be successful and for people to listen to it, but what is even more important to us is being able to express fully and truly how we feel. The act of artistic expression was and continues to be therapeutic for me and the entire band. From helpless to hopeful, we have been finding new inspiration as well as solace. It feels like we are taking all of our fear and worry and synthesizing it into something positive.

“I believe that humans are inherently productive and creative beings. Today we live in an extremely consumptive society and this makes it quite easy to forget our innate ability to invent and imagine. Making something, simply for the purpose of bringing new and beautiful things into the world, is possibly the most valuable power each human possesses. For years I made songs that were honestly unlistenable, but each one of those songs allowed me to process my feelings in those moments and that was the point. And like with anything, if you do it enough you will start to get better at it. The journey of creation is productive in and of itself.

“In the video for “No One’s Alright” we set out to illustrate the above point. The main character of the video wakes up every day and immediately begins to scroll through social media. She gets a dopamine hit from the likes she receives but is also scrolling through all of the ire and outrage that populates every digital space, absorbing the negativity as well. By the end of the video, the main character is able to pull herself from her all-consuming cycle of waking every day and scrolling. We see this at the conclusion when her painting is unveiled.  Though this may seem like a small step toward change, it truly starts in our own rooms with ourselves.

“About a year ago I wrote a song in my room just trying to figure out how I was truly feeling about everything. Now, we are releasing that song in hopes that it will inspire others to get up and take action. We hope “No One’s Alright” and this blog will motivate individuals to take the small steps in their own lives to give themselves space to express and imagine. We truly believe that if we all created a bit more the world would be a more beautiful and compassionate place.”