Alt-pop artist Lights has shared new single “Batshit,” the second track from her forthcoming dance-remix LP Dead End. Dead End is out through Fueled By Ramen on August 7, 2020 and you can pre-order your copy here.

Lights commented on the track, “‘Batshit’ is how I feel after endlessly scrolling social media – the expectations, the negativity, the chaotic energy. You hate to see it, but you can’t stop because it’s such a big part of life, and it eventually drives you fucking batshit.”

The release follows single “Dead End,” the first new music born from Lights’ remix project – alongside her live touring partner and genre-adjacent act – producer and artist, MYTH. Arriving August 7th, Dead End boasts three original tracks and five remixes (co-produced by Lights and MYTH) that completely reimagine fan favourites, including a new take on Lights’ platinum smash “Up We Go.” Fans will recognize the dance-infused interpretations from their appearance in Lights x MYTH’s remix set on the US leg of deadmau5’s cubeV3 tour earlier this year. 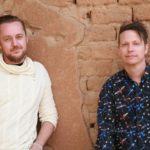 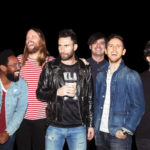