Stone Temple Pilots have announced a livestream event taking place on Friday, July 31 at 5 pm PST/8 pm EST via nugs.tv wherein the iconic rock band will perform their hit-album Core in its entirety. Featuring the smash singles “Sex Type Thing,” “Wicked Garden” and “Plush,” the band’s debut album earned STP a 1994 Grammy Award and propelled them to the top of the alternative rock charts.

Interested fans can nab livestream tickets for $9.99 at this location. Watch it live and, in case you can’t view it all in one sitting, the concert will also be available for replay within 48 hours from pressing play. In other news, STP is set to unveil live audio from past shows beginning with their Hampton Beach Ballroom performance on August 3, 2011 in Hampton Beach, NH with Scott Weiland, and June 13, 2019, in London, UK at O2 Forum Kentish Town with current lead vocalist, Jeff Gutt.

Commenting on the 2019 London gig, Jeff Gutt shared, “The show at O2 Forum was my first time being in London. In fact, I had never been to Europe, so I was just trying to take in all the history and city vibes. STP hadn’t been there in quite a while, so I remember the crowd being especially electric. There’s something about when the lights go out and everyone knows that the show is about to begin, that really takes us all to a magical place together.” 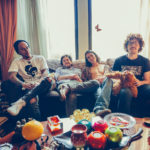 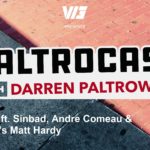