It might be summer, but it’s getting even hotter and heavier thanks to the release of Places Around The Sun’s brand new “Lost I Am Found” music video. This is the latest single from the Portuguese alternative hard rockers, lifted from their new self-titled record which is scheduled for a September 25th release.

“Lost I Am Found” is filled with infectious groove that will have fans wanting to strut their stuff, much like the band’s guitarist João Gomes does in the video. Alone, surrounded by nothing but partly cloudy skies and farmer’s fields, Gomes looks like he’s having an absolute ball just letting the music take hold of him. It’s a scene that may mimic what will be happening with you in your bedroom as you keep pressing play on the video.

Regarding the concept for the “Lost I Am Found” video, lead singer Antonio Santos explains how it all came together. “When we were brainstorming for this video, João had the whole idea for the video and I loved it so much that I asked him to direct it. At first, it was supposed to be me in the video but something in me told me it should be him, although he wasn’t too sure about it, so we flipped a coin and it was decided he would star in the video. He’ll say otherwise but honestly, I would never do it as good as he did!

The video and the song takes place in the ‘sunset’ phase of the album, where it all starts. It’s about when the thoughts deep within our mind start to take over, to a point that we can no longer run from them or ‘dance’ them away.”

Places Around The Sun’s new album will be their third proper full-length and will fully embody their eclectic, Western-influenced sound. It marks a further progression in their sound, a journey that began with the release of their debut record Still Here in 2016. It was followed up by the more aggressive and experimental Pluto in 2018 which has now given way to the release of Places Around The Sun, which will take the band’s experimentation even further. In recording the new album, the group wanted to invest in more of a danceable sound which is very evident not only on the title track but also the two recently released singles “Shots On The House” and “Moon Daisy.”

With a fun new single and music video here and a new album on the way, it’s about as good a time as any to dance away those worries with a little help from Places Around The Sun. 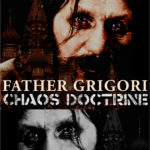 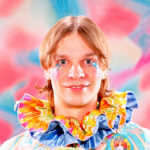