Having just released their new EP, Misinformed, on May 5, we spoke to Wilkes-Barre, Pennsylvania metal outfit Toothless to get the lowdown on which bands and albums changed their lives.

Before we head into those choices, check out the quartet at their metallic best in their recent video for “Grinner”.

1. Hearing Slipknot for the first time

“The first Slipknot song I ever heard was “Eyeless” off of their self-titled album. I heard it on a burnt mix CD that my cousin had, and it opened my eyes to how crazy and aggressive metal music can be. It was so strange to me at the time that I almost felt like I shouldn’t have been listening to it.”

2. Empire of the Sea, a Post-Rock band at my first local show

“At the first local show I ever went to, there was a post-rock band that turned off all of the lights except for blue lights that they had brought. Their music was really powerful and emotional to me, and the atmosphere was amazing. I think that show really sparked my love for post-rock and related genres/sounds.”

“This album came out the same year I was born, and it is the first music I remember hearing as a very young kid. My dad was a big Dream Theater fan and this album was on heavy rotation around me, and it definitely influenced a lot of the music I got into later in life, particularly the more technical stuff.”

“I remember coming home from school one day, maybe when I was in 8th grade, and hearing the song “Conquistadores” coming from the TV from one of those metal radio stations. I had never heard anything like it before, and I immediately became obsessed. This was my first real introduction into extreme metal, and it was a damn good one.”

“This album was a huge influence on shaping my views of metal. The album came out when I was 6 and my older sister would listen to it. So I was introduced to at least a small amount of screaming in music at an early age. In my world, it pushed a boundary of music to a different level.”

“Plagues was another album I got into at a younger age. This record pushed me into diving deeper and discovering as many metal bands as I could, and what they could do next. This album was one of my first introductions to “lows” and vocal variation in screaming. I remember sitting on my father’s laptop and browsing early YouTube for everything I can find related to this album.”

“This was the first album I heard that was on the more spastic side of metalcore; I was pretty late to the game giving this a listen but it nevertheless left a big impression on me as being an excellent example of how to incorporate chaotic elements with everything else you’d expect from the genre.”

“This one is a big deal for me. Aside from being the album that really got me into metalcore, it’s had a huge impact on my guitar playing and songwriting.” 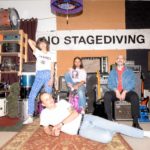 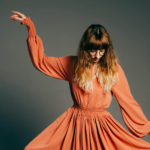 Francesca Louise – “Out of Sight (Out of Mind)” [Free Song Download]