Young, talented, and full of enormous potential, Tedy is a must-hear singer-songwriter. The Montreal-based artist has been slowly emerging over the last several months and is now ready to break out in a big way with the release of the reinterpretation of “War,” his second single since signing with Sony Music Entertainment Canada. Just 27 years of age, Tedy has been slowly but surely building a large audience through social media services such as Tik Tok and Instagram where he now has several hundred thousand followers.

Originally from Haiti, Tedy can be looked upon as a soulful, alternative, rhythmic pop artist with a talent for emotive, introspective songwriting. His motivation lies in his desire to form a connection with listeners, whether it’s between lyrics and melodies or a listener’s reaction to his music. Tedy has been hard at work on his major-label debut, the Boys Don’t Cry EP, which will be released in the fall. Each song will be inspired directly by his life experiences since Tedy is a musician who views songwriting as therapeutic and a platform to say something important.

To get in on all of the buzz surrounding Tedy, we recently spoke with him about his early years in Haiti, his emotive approach to songwriting, Boys Don’t Cry, and Black Lives Matter.

You currently call Montreal your home, but you’re originally from Haiti. What would you say you remember most fondly of your experiences in Haiti?

Tedy: “If I were to be completely honest, I left 18 years ago. I was a child so I’d say the majority of what I remember is traumatic, but although negative, these memories have made me the person and artist that I am today. So I am grateful.”

What type of music were you most exposed to while growing up in Haiti? Who are some of the artists that were instrumental in you becoming an artist yourself?

“Everyone there listens to everything. There was no girly or manly music. It was just music. Shakira, Celine Dion, Garou, Sisqo, Michael Jackson, Usher are some of the artists I was exposed to and definitely would say made me want to be a singer from a young age.”

Your music is full of emotion and realism. You certainly wear your heart on your sleeve as a lyricist. What do you look to for inspiration or motivation when you’re writing your song lyrics?

“I definitely look for vulnerability. How open can I be? How deeply can I connect? How can I sing about my experiences in a way where it will move and impact people. That is what I care about most. That doesn’t mean every song has to be a ballad even if it’s silly. I still want a level of connection and relatability there.”

This emotional approach is really well on display in your new single “War.” What do you recall about writing this song? Where was your head at that you were able to write such stirring lyrics?

“It was a time in my life where I was truly reflecting on who I am as a person. Being stuck with myself at war with my own thoughts. Learning that I don’t have to be perfect to go for what I want. I don’t to be a perfect person. I don’t even have to love myself but try to live in a way where I won’t have any regret. I’m done regretting.”

Some songs are written in one sitting while others take a long time to come together. What was this process like for “Boys Don’t Cry?” Was it a challenging song to write?

“Boys Don’t Cry’ specifically was challenging for me. I really felt like I was going places inside my own mind that I kept locked away for a long time. I was in the studio getting headaches because my own thoughts were fighting me like, ‘don’t go there! Stop!’ It was like I was opening a gate to a place I really shouldn’t go to. Once I did, though, the song came about pretty quickly and it set the tone for writing the rest of the EP.”

As a songwriter, you seem like you can really get into a zone where you really feel comfortable expressing yourself. What do you enjoy most about being a songwriter? What aspect of the process do you really love?

“I love and I am obsessed with the whole process. Coming up with melodies and rhythms and finding the perfect words to capture the emotions that I want to portray. Then singing it with as much emotion as I can. Then making sure that I get involved as much as I can in the instrumental making process. To make sure it emphasizes the feelings that I want. Finally mixing where everything truly comes together the way I hear it in my head. I love the whole process.”

Let me ask you about your debut EP, Boys Don’t Cry, due out this fall. What can you tell us regarding what we can expect to hear on the EP?

“Expect to go on an emotional journey for sure! I really pushed myself to explore so many emotions in completely different ways than I ever have in my previous body of work. You will be sad, you will be angry and happy and probably feel absolute despair and hopelessness at the end. I want people to feel how I felt at that time in my life but also at the end of it all. I think it will make people feel good and hopeful that there is a light at the end of the tunnel.”

What was the recording process like for Boys Don’t Cry? Did you collaborate with anyone to try to improve on the sound of the songs?

“I worked with some really amazing people for Boys Don’t Cry. Mike Sonier, Prince DCF and Mike Wise. All of them helped me so much and have for sure helped me in my quest to always evolve my sound.”

As a young Black artist, I just wanted to ask you briefly about the current protests happening around the world with regard to the police brutality and violence directed towards African Americans. What are your feelings on the protests and the unfortunate recent events that have taken place?

“A lot of people are hurt right now and angry. Understandably so. As a young Black artist, I think I strive to always find ways for my music to leave people with questions. ‘War,’ for example, or ‘Boys Don’t Cry.’ How can we as people become better? When we look at ourselves and see all the bad. Are we strong enough and open-minded enough? To call ourselves out and choose to be better? Not only as individuals but as a collective.”

We’ve seen many protests in the past but not necessarily a lot of institutional change when it comes to police and how they deal with minorities. Do you feel like the results may be different this time considering how widespread these protests and calls for action have become?

“Hopefully, yes although many treat things like this as a trend. When ‘it’s hot’ they act like they care. Then in a week, everyone forgets. I do believe though if we stay consistent and really push those in power to create change. Then for sure nothing is impossible.”

With so much going on in the world, and for you personally as an artist, what are your plans moving forward?

“I took a lot of this time to reflect on myself and what I wanted to do going forward. I’ve been writing a lot. Songs and sounds completely different than anything I’ve ever done. Also very upbeat and pop, which is cool to me. Hopefully, that project will start rolling towards the end of the year after the Boys Don’t Cry EP comes out. Apart from that I just look forward to the world going back to normal where I can do live shows again! Very excited to see the faces of the people that support me!” 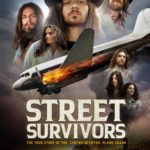 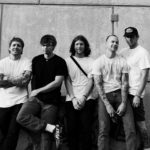