Ahead of this Friday’s release of their highly-anticipated fourth album, All Distortions Are Intentional, Neck Deep have released their new single, “Sick Joke.”

“It’s a song that questions the fabric of reality whilst battling mental health,” shares frontman Ben Barlow. “Jett contemplates whether life itself is even real, in fairly ethereal terms, due to the internal suffering he is experiencing. Shredding solos, punchy rhythms and stomping drums drive the song along, and it sonically represents the more minor/ driven side of the record.”

The “Sick Joke” video was created via a big team collaboration. The band shot their individual performance sequences at their homes; self-shot on their phones against cheap green screens bought from eBay. Long time visual collaborators Chris Blockd and Elliot Ingham handled the direction remotely via Facetime and messenger DM, and also handled the edit. Meanwhile, the visuals were created and animated by Harry Mitchell, a fan of the band who has become a close creative collaborative partner during the ADAI campaign.

Speaking of the upcoming ADAI, Barlow shares, “Modern music is so much based around ‘the single’ and writing a record isn’t held in nearly the same regard as it used to be. All Distortions Are Intentional presents a whole story, where there is meaning from every angle of it,” the singer continues. “All of our records have their themes, but I wanted to create characters, scenes, a world, and have it mean something in the real world, too.”

All Distortions Are Intentional is out on July 24, 2020,and you can pre-order your copy here.

All Distortions Are Intentional Track Listing: 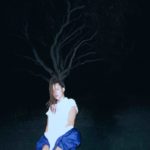 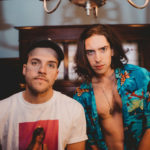 John Famos Would Like to Introduce You to “Victoria” [Song Premiere]