Alphaville is the first Imperial Triumphant release I’ve come across, and, when an album is prefaced with a word of advice to do “nothing but listen to the album when you do for the first time” it’s an interesting premise for the experience which may follow. Out on July 31st through Century Media Records, it offers seven original compositions (still clocking in around 50 minutes in length) plus two covers in the fourth release from the expression (founded by guitarist and vocalist Zachary Ilya Ezrin) and marks the second from the established trio from New York in a steadier line-up.

With the first 90 anxiety-inducing seconds of “Rotted Futures,” it’s quickly apparent that the listener can do nothing but focus on the sometimes oppressive audio environment of Alphaville, lest they be involuntarily sucked in by its dense soundscape, frequently changing textures (from distorted bass and old-school punk-esque drums through to church organ), and the guttural vocals. The usual musical rules of established scales, time signatures and structure are tossed aside in favour of an ominously organic procession from the three musicians who conjure visions of terror and potent, dark energy.

Some of the album’s more obscure elements prove themselves challenging – take, for example, the heavily jazz-influenced front half of “City Swine” leading into a bongo solo – and it makes the overall listen somewhat draining. Draining – in a way that the sheer oppressiveness of grindcore combined with the relentless negativity of doom can be – yet presented in an entirely different and flexible musical style. It’s not a release to bring listeners dipping their toe into the heavy end of music into the fold; instead, it’s made for the fan of the unusual, the connoisseur of the experimental, to dive into headfirst and know that in a month or more of constant listening there’ll be different layers to unpick and sub-elements to unwind in a rewarding experience for the determined.

Aside from the quieter parts of obscure instrumentation, there are also thick passages of aggression to unfold; the mid-section of “Atomic Age” envelops and encloses the mind much like being caught in the epicentre of a nuclear fission event such as the track’s title describes. Follower “Transmission to Mercury” opens with lush piano and brass section, invoking the 1920s feel the album’s aesthetic leads the listener into, yet switches the piano for driven guitars, blast beats and choral vocals – with only the brass section left to noodle free-form above the almost entirely independent base.

It’s hard to place such unique music into context; Alphaville is varied and experimental in the vein of music from peers such as Melvins or Fantomas, whilst retaining the odd semblance of structure and groove from the most extreme tip of bands such as Dillinger Escape Plan, or even hinting at the most progressive frontier of Between The Buried And Me. In this release, Imperial Triumphant has composed almost an hour of music which will challenge the focused listener, and completely smother the casual observer.

I have never listened to something which has left me so exhausted come its conclusion, yet curious to spin up and listen again. Alphaville is a piece for those who want an entire auditory world to explore, condensed into 50 minutes of original work (the covers are curious, but should not be considered part of the album). It’s one I urge all to sample in full – and may find many turned away by its initial inaccessibility – but will find others more devoted to uncovering its depths and immersing themselves in the flourishes to be found with each separate listen. In short, this album terrifies and beguiles me in equal measure, and it’s a unique experience. 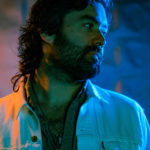 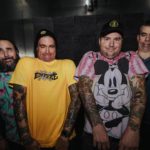