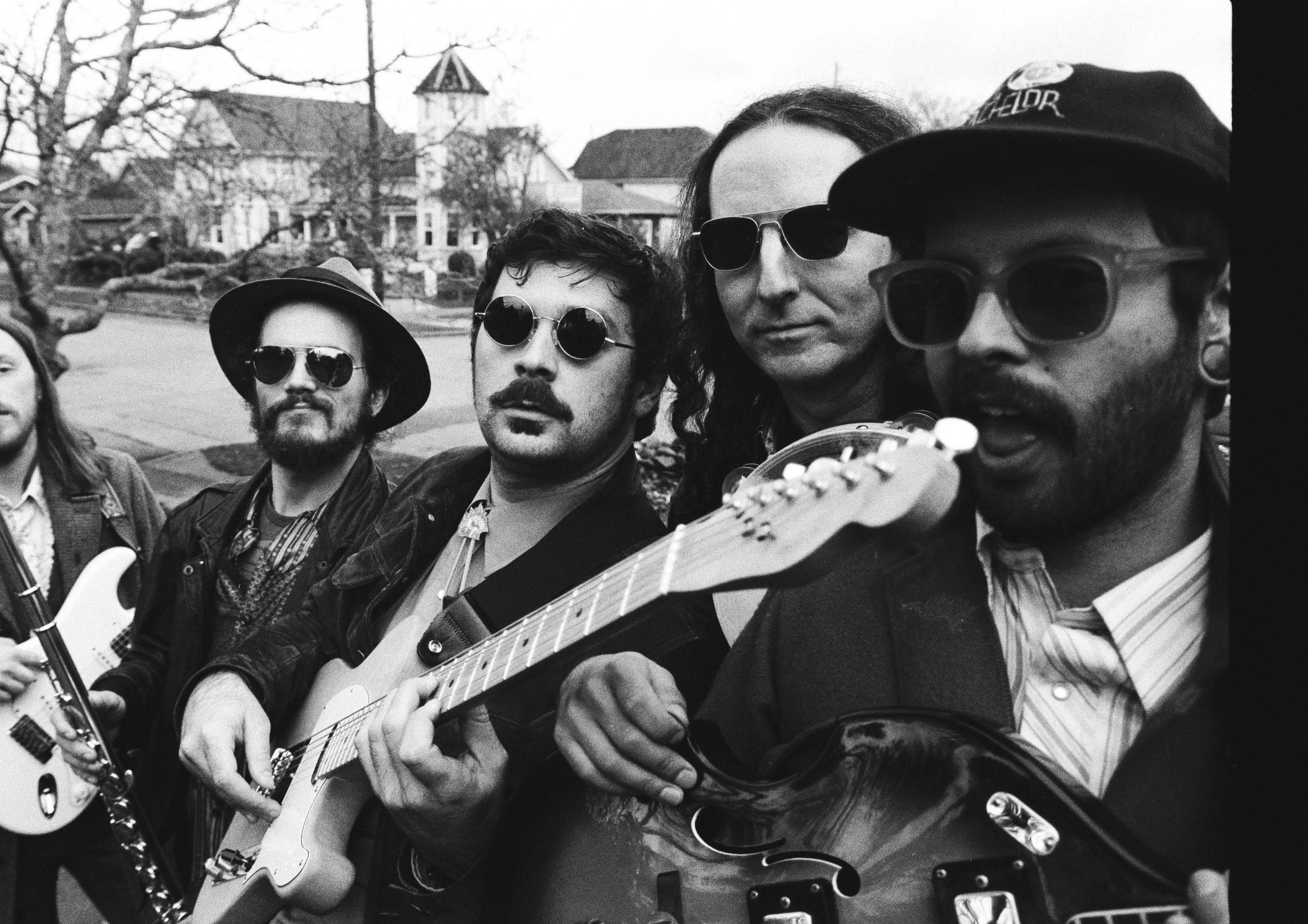 Here and ready to emerge from the “Shadows” is Forest Ray with a brand new music video for their smooth, psychedelic jam. To all of you hippies and general lovers of ‘60s culture, you’re going to find a lot to like here, not only with the video but also with the band in general. The clip resembles a retro, family home video, equipped with all of the fuzzy contrast and pixelation you could possibly ask for. It’s like something right out of the box of old videos in your parents’ dusty storage closet.

The song itself will give you a good tasting of the guitar-driven psych-rock and Americana which Forest Ray has become known for, now five and a half years since the formation of the band. “Shadows” is the second music video to be released from the group’s fourth studio album, Black Pine, currently set for release in the fall.

Like with most of Forest Ray’s music, “Shadows” is a complex affair, expressing a range of both positive and negative emotions. Here to explain is band leader Peter Sumic who states, “The track’s ethereal steel guitar, rock n’ roll bends and the late 60s chamber pop orchestration carry you in a psychedelic and somber jaunt through the adventures of imaginary characters, Dravis and Dude Buddy (DB) Cooper. The video takes place in North Seattle, in the fields of a repurposed naval base and partially shot at an old condemned house in a part of Seattle that is vanishing and giving way to condominiums and high rises. This is no accident and is included in the imagery for this particular song. The mood is complex and bittersweet. It’s rife with introspection yet comes off with an optimistic remorse, sad enough to make you cry but not depressing. A seemingly appropriate somber summer bop for those still searching for their dose of psychedelia and rock n’ roll in what might be the most uniquely reflective and bizarre summer of the last century.

‘Shadows’ kicks off with exaggerated guitar bends that guide to you a bed of soft synthesizer swells and the eerie croon of steel guitar, letting you drift off and close your eyes, only to be pulled back awake by the rhythmic chime of the reverb-drenched tambourine and glockenspiel. The psychedelic orchestration draws heavily from their beach boys and ‘60s chamber pop influence, coupling twangy guitar-driven rock with and rich orchestration with an even more prominent vocal harmony on the chorus with me and Ashlyn Nagel (from Seattle’s VllY and Control Test) harmonizing an ambitious melody that weaves in and out of our ranges.

The video footage focuses on shots of the band jamming around different locations but also follows a background story with footage of a character and his companion, Dravis and Dude Buddy Cooper (DB), who seemingly haunts this abandoned home with his friend as they go through their daily activities. As the chorus repeats ‘to live in the shadows of your mind’ the underlying truth slowly unfolds, with scenes of camaraderie and good times, souring into desperate solitude and madness as the video takes its course.”

Recorded at The Croatian American Church in Anacortes, Washington, Black Pine was in part influenced by a bittersweet trip that Sumic took to Croatia. While most vacations are planned with one purpose in mind, Sumic travelled to Croatia for many reasons, some good and some bad. Not only was he visiting family for a wedding of one of his close friends, but he was also there to assist with the annual olive harvest, and, unfortunately, help lay his grandfather to rest. It was an unusual set of circumstances, to say the least, and it inspired Sumic to write an album’s worth of songs that all have a certain nostalgic quality, with many of the lyrics focused on retrospection. Black Pine’s analog production only adds to the nostalgic effect with the album featuring an aged kind of sound that will remind you of times long passed.

If you’re not content with just listening, but you want your music to make you feel something, then Black Pine should do the trick. In a time when a lot of us are longingly looking back at when times were better, allow Forest Ray to be the guide to your wistfulness.