Last month END put out their crushingly heavy new album, Splinters From An Ever-Changing Face so we grabbed frontman Brendan Murphy for a chat about how interest in their brutal full-lengther will change the direction of the group.

Thanks for your time. The new album is out and the reaction so far has been hugely positive from the heavy music scene… you probably couldn’t have wished for a better reaction ?

Brendan Murphy: “Not really, the reaction has been awesome. As always with this band I’m surprised at how many people seem to care more about the actual music itself as opposed to the members of the band and what other acts they come from.”

It took three years from the first EP until the release of the new album. Has that gap been due to other commitments and was there always a plan to get back together to record new material in some form ?

“I think that definitely has something to do with it, but I think it’s mostly because since this is a side project for all of us, there’s not really any rush, you know? There’s no one like breathing down our necks forcing us to play more shows/write more music. The fact that we don’t really have time constraints means that on top of having a relaxed work ethic, we also get to be sure that we are releasing the best possible material.”

How difficult is it to get something like this together or does the freedom afforded by the internet give bands like yourself then chance to work as and when you can ?

“I think in terms of writing, the internet allows Greg and Will a chance for both of them to write and collaborate without actually needing to be in the same room. Although it’s not like they’re terribly far from each other so I feel like they both write separately and then when they’re done they just kinda take a week and jam shit out together. It’s weird, I definitely thought that it would be a little bit harder for each of us to make times in our schedules to do End related things, but I guess the fact that the material has been so well received we’ve had to make it a point to make time for it.”

On a similar note, how hard is it to promote the record given the current situation and when the world returns to some kind of normality will the priority flip back to the day jobs ?

“Honestly, the recording is doing about as well as it could with little to no promotion… so I guess that’s a plus? I’m glad that we seemingly have a record that speaks for itself and doesn’t need a huge push to reach the right people, you know? I wouldn’t feel comfortable grasping at a moment in the spotlight given what’s going on in the world right now. I love the record and I love playing music but sometimes you’ve gotta just keep your mouth shut and use the platform to amplify voices that are usually ignored.”

So, where next for END? Have you talked about the future now the album is out and normal life has been flipped completely on its head ?

“Honestly? I have no fuckin’ clue [laughs]. I’m definitely not the most optimistic person in the world so I’m not trying to get my hopes up. Everything is getting postponed for early 2021 and even then it’s almost laughable. I’m just gonna stay on the couch until someone calls me and says “Ok Brendan, you can finally yell at people for money again” [laughs].”


Prior to the pandemic, extreme metal was having a pretty decent few months with new albums from, amongst others, END, Code Orange and Black Dahlia all dropping. How do you think heavy music as a whole will look coming out of the other side ?

“It’s weird trying to picture what the heavy music world is going to be like post-COVID. I feel like, for the most part, the fans and bands aren’t going anywhere. I feel like a lot of people are using this time to write, so I wouldn’t be surprised if because of the quarantine a lot of new bands pop up… or a lot of bands come out of the gate with a shitload of new material. I guess the plus is that because everyone has more time on their hands, people can take a little bit of extra time refining whatever it is they create. Maybe it’s not all bad? [laughs].”

In a recent interview, you said you are “bored and fucking miserable” because of the lockdown. Do you think this will inspire you lyrically for the next End songs ?

“Probably! Even if I’m feeling better by the time we write new music, I’m sure I’ll be able to reflect on the time I spent during quarantine and pull something grim out of my skull. I’m not exactly in the most creative mindset right now seeing as how I spend most of my day staring at the wall or my phone, but I do jot down ideas as they come.”

What is the ambition for the group long term. Given the reaction to the new album, it’s inevitable that the interest will grow from people wanting to see you live. How will you handle that given that there are bigger priorities with your main bands ?

“I feel like when we started the band everyone was worried that we wouldn’t be able to give it the right amount of attention… but then we put out the EP and it kinda popped. Since then we’ve all had conversations about what we’d like to do in terms of the band and I think everyone’s on the same page. Sure it can be stressful juggling multiple commitments, but it’s a hell of a lot easier to actually MAKE time for it when people actually fuck with it. I’m looking forward to it.”

You’ve all got other bands who are successful within the heavy music scene. What do you get out of writing and performing in END ?

“End basically allows me to scratch a heavier itch than I can achieve with Counterparts. I love the melodic side of Counterparts, but, let’s be real, if we tried to jam in some of the End riffs people would be like “what the fuck are you guys doing?” [laughs]. I feel like with Counterparts there’s always a balance between the melody and the heavy parts… and with End it’s EXCLUSIVELY heavy. It’s fun.”

Given the “non-mainstream” nature of extreme music, how do you feel about being labelled as a “hardcore supergroup” ?

“I think the only reason why we get labelled as a supergroup is because it’s a hell of a lot easier than saying “the new heavy band with guys from the other heavy bands” you know? Not entirely sure there’s anything SUPER about any of us but I mean whatever, I’ll take it? Plus I mean everyone else’s resume looks a little cooler than mine, the guy who’s been in ONE band for the last 13 years but… ya, ok lump me in with the superheroes? When do I get my cape?”

Will obviously comes into the band from a producer angle – what does his wealth of experience in that area bring to the band ?

“Will AND Greg are both producers so I mean… that’s fuckin’ sick. I guess there’s not much PRE-production when the producers are the ones writing the music you know? It’s like in that episode of the Simpsons where Mr.Burns hires all the professional baseball players to work at the power plant so they can play on the company baseball team. Couple fuckin’ ringers on our team.”

“Again, I got no fuckin’ clue. I’m sure it’s gonna be weird at first with stuff like venue capacities cut, more rules implemented to keep people safe, etc. Just hoping that people are going to be willing to put up with the awkwardness and stick around until things are FULLY back to normal. I’m looking forward to playing shows again for sure, but at the same time I think the quarantine has shown a lot of artists what little job security we actually have considering how much shit we have to put up with.”

As we’ve already discussed, extreme music has been putting out some great music, what do you think END and your new record offers to an extreme music fan ?

“Oh you didn’t hear? We’re a SUPER group! Super means good! I’m just playin’. I think the record has a little something for anyone that enjoys any of the genres that fall under the umbrella of “heavy music.” I feel like whatever it is you’re looking for in heavy music, you can find something you like here. Unless you’re looking for like pretty-sounding clean parts… then, yeah, maybe skip this one.”

Finally, thanks for your time, good luck for the future, just to finish is there any message you have for fans out there ?

“Thanks for giving a shit!”

END’s Splinters from an Ever-Changing Face is out now and you can pick up your copy here.

counterpartsENDgrindcorehardcoreinterviewsplinters from an ever-changing face
0 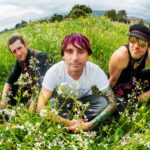 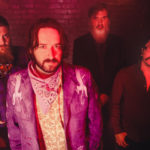 The Pinx Pay Homage to Led Zeppelin with Their ‘Electric!’ New Song “Hammer of the Dogs” [Premiere]