Through tough times, it’s often music that can help keep us going, so thank god for artists such as Desert Dwellers. The duo has been delivering for us in a big way recently, with their Beyond Borders series which they officially launched on May 15th. With our current inability to connect with live music, Desert Dwellers are doing what they can to provide us with as best of a live experience as possible with Beyond Borders, an audio-visual live stream series that combines many forces to bring you a one night showcase of music, art, and movement. Currently operating as a monthly event, Beyond Borders brings together the best musicians, VJs, live painters, flow artists, and dancers to entertain you, each with their own innovative talents. The series is available for viewing via Desert Dwellers’ official Twitch channel.

Desert Dwellers consists of the unique talents of both Amani Friend and Treavor Moontribe. They specialize in combining the sounds of the electronic and natural worlds, fusing deep bass, earthy percussion, and instrumentation of different cultures to bring you a truly unique brand of music. Just last year, the duo celebrated their 20th anniversary together while also releasing their latest album BREATH last April via Black Swan Sounds. In their time together, the twosome has become regarded as one of the premiere electronic duos in the world, playing some of the most significant trance festivals around the world like Portugal’s BOOM and Rainbow Serpent in Australia.

To discuss the Beyond Borders series, how they produce this elaborate showcase, and what Desert Dwellers have been up to recently, we spoke with both Amani Friend and Treavor Moontribe to get us up to speed.

Your new project is the Beyond Borders live stream series which you just premiered in May. How have the first two streams gone? Has it been mostly smooth sailing?

Amani Friend: “The first two Beyond Borders shows both went very well, with guests like Bluetech, Kaya Project, Random Rab, Amanda Sage and many others all making an appearance. There’s a lot of moving parts to doing the show, and we had a few internet speed issues on the second one with SaQi’s set but nothing major.”

Beyond Borders is a live showcase of music and art which involves many different artists. Describe to us what exactly viewers can expect watching Beyond Borders. How would you describe the show in general to those who haven’t seen it yet?

Treavor Moontribe: “The Beyond Borders stream hosts an exclusive lineup of musicians, VJs, live painters, flow artists, and dancers. These elements along with the community of people who attend our shows are the most important things to have for a really great show. We capture each performers streaming feed and blend them together on our Twitch page. Alongside high-profile guests who each bring a unique aesthetic to the show, we present a unique Desert Dwellers set drawn from our decades-long discography of music!”

I’m curious as to how long you have had the idea for a show like Beyond Borders. When exactly did you start to think about doing a showcase such as this?

Friend: “In early April we had the idea to create a show like this for our fans and artist community, when we starting seeing that this lockdown was going to be a serious game changer to festivals through the summer.”

With all that’s involved, Beyond Borders is an ambitious endeavour to say the least. What was your primary motivation in starting this livestream series? What really drove you to want to do this?

Friend: “Our initial motivation was to do something inspiring for people while they are stuck at home, and to bring together the community in these hard times.”

Moontribe: “We also could see clearly that the landscape of our business has changed drastically overnight. We could see that we needed to get creative with how we are going to perform now and with that we could create our own thing from scratch which is pretty cool.”

What exactly is involved for you personally in putting one of these livestreams together? Is it a lot of work to bring all the pieces together?

Moontribe: “It is a lot of work! We have to book the artists which has been quite challenging as not everyone is in a good place to be able to stream and some don’t want to at all. We have to make sure the team who runs the back end of our shows (Inquire Collective) are in touch with all the people involved to make sure their stream signal is up to snuff and working well. We also need to promote these really well so now we’re also the promoter! So yeah it’s a lot of work!”

With our current realities, I think a live stream series like this is really something very worthwhile because it’s still a way for fans to connect with music and at least get the feeling of being at a live show. Do you plan to keep this series going for some time? Or are you just taking it month by month right now?

Friend: “We also feel the live streams have been important and worthwhile for people the past few months. We will see how the July 24th stream goes and take it from there, month by month. In general, there has been less interest in streaming from people compared to the beginning of the lockdown when it was more of a novel thing and helped people cope with the new reality they faced. We are still hopeful that Beyond Borders will continue to grow though because it is such a unique offering in the world of streaming.”

As a duo, Desert Dwellers have always been known for their live show with killer sets being delivered at massive festivals like Coachella, Burning Man, and Symbiosis. What were your original touring plans for this summer? Is it killing you not being able to get out there and perform?

Friend: “We were looking forward to Sonic Bloom, Eclipse in Canada, and our two week Europe tour at the end of August. And the Solar Eclipse in Patagonia, which is still on the fence but the way things are going we won’t be able to leave the country for a while! We’ve been enjoying our down time though and after eight years of touring like crazy it’s a much needed break honestly.”

It’s quite an accomplishment that you’ve been doing Desert Dwellers now for over 20 years. What are some of your favourite Desert Dwellers memories of the last two decades?

Friend: “Playing a Desert Dwellers set at the Great Pyramids in Egypt for the winter solstice in 2012 has got to be the highlight certainly. Not many artists get the privilege to play at that spot! Also playing at the Oregon Solar Eclipse and Australia Solar Eclipse festivals were also highlights for us. Burning Man is always up there of course, but also the smaller intimate events where people can more easily connect are real highlights too.”

Your last album Breath was released last April, so a little over a year ago now. How do you feel about the album now a year later, especially with ReImagined Vol. 2 coming out? Were you pleased with the audience reaction to the first volume?

Moontribe: “We are quite pleased with the reaction to Breath, and we also heard a few grumblings from the psybass heads who weren’t entirely keen on the slow house direction. The approach to the album was more organic though with the intention to have the remixers take those songs into different genres. Volume One pushed the album into psy/bass and electronica realms and Volume Two is taking the album more into the slow downtempo organic house realms. For us it’s exciting to hear the different approaches to the originals and everyone has really come through with amazing remixes in our humble opinion.”

With not being able to tour, I’m guessing you’ve probably been hard at work on new music. Have you guys recorded anything lately that you hope to release?

Moontribe: “We have been more busy than ever with new music and projects! We’re taking full advantage of this time off. On July 24th, along with the Beyond Borders Stream, we are also releasing a new DD tune called ‘One Giant Consciousness,’ a collaboration track with Paul Stamets, a forward-thinking Mycologist and earth guardian. Paul will also appear on the Beyond Borders Stream line up as well for a discussion.

We recently had some other new stuff come out including a remix of Uone from Australia and a collaboration track with Brazillian psy trance superstar Burn In Noise! We are currently remixing quite a few other artists like Astrix & Vini Vici, Captain Hook and Hibernation. We also have new music coming out under our various other projects, PheuZen, Liquid Bloom, and Forever & Ever. We’re busy!” 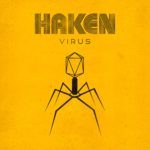 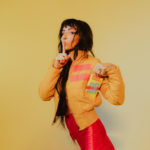