Elegance, timeless grace, and perfection. Note stacked upon note, lyric after lyric, and year after decade the embers burn and fall around David Gilmour’s soliloquy. If one even mutters his name amongst a musical fellowship the earth quivers, sending all four elements in opposing directions. All this man touches is Midas, and Gilmour takes his time in making sure contact is prosperous.

“Yes, I Have Ghosts” is a haunting, seafaring tale with an ambilocal assembly via his daughter Romany Gilmour singing backing vocals and playing the harp. This requiem was kept in the hull of Gilmour’s studio and something he was working on before the world went into lockdown and he cancelled all studio sessions.

Releasing a streamlined shipyard version, this musical Hemingway tale bellows of living life aquatic. “Yes, I have ghosts most of them dead, making most of my dreams spinning, around and around in my head” is so profoundly sung that Gilmour effortlessly produces in three minutes and forty-six seconds what most can’t cram into an entire album of dire need. Sung and played so effortlessly your Sailor Jerry tattoos should stand at bay in allegiance, and, if not, there is no sea-fearing Floydian spirit within you. 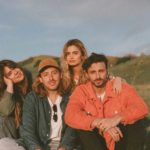 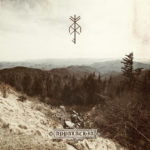