Inspired by the alter ego of Finnish singer/performer Heidi Parviainen, Dark Sarah is a fantasy-horror extravaganza stuffed with all the cinematic, larger-than-life trimmings that symphonic metal has to offer. With the group’s newest album, Grim, out now via Napalm Records, Heidi and Dark Sarah are taking their conceptual threads to ever-higher levels with a new protagonist, Luna, and a surreal, mythic world of “orbs, ravens, rabbit-headed people, and Mörk.” The music is peppy metal with enough riffage and double-bass to please the metalheads and enough wackiness to please the fantasy lovers, plus the music videos look like they have one hell of a costume budget.

As the band introduces their newest narrative concoction, we would be remiss not to give Parviainen a platform to expand on the epic story threads she has woven. In an out-of-this-world feature, Dark Sarah’s primary member reveals the cinematic characters that have most inspired her own storytelling. With a perfect mix of strong female leads, brooding enigmas, and stylish maestros, Heidi gives audiences a glimpse into her own creations through these classic and familiar characters.

“When I was creating Dark Sarah, I searched for references in the comic and movie worlds. I’ve always loved Catwoman’s personal growth story and slightly sad life and how she changed into this heroine after her death. Catwoman was really inspirational to me in the early stages of building up Sarah and her evil alter ego, Dark Sarah. There was even a cartoon made from Dark Sarah in a leather suit by a Finnish comic artist Jyrki Vainio. Dark Sarah has two sides in her, almost like Jekyll and Hyde. But Dark Sarah was born because of a miserable fate in Sarah’s love life. She wanted to become stronger and have her revenge.”

“I simply love this movie. I have seen it several times and it is one of those movies that you can watch over and over again without getting bored. It has influenced my songwriting, story writing, and building up the first protagonist Sarah and Dark Sarah. Sarah was walking in the woods in her wedding dress in the first single “Save Me.” The idea was inspired by Corpse Bride and a painting called Ophelia by John Everett Millais. The water scene was left out of the music video because it simply was not possible at that time of the year in Finland. Corpse Bride has brilliant esthetics, lovely songs, and melancholic story matched with my favorite director Tim Burton’s dark humour.”

“In Harry Potter, there are many nice characters, but one, in particular, was an inspiration when I was building up the Dragon character, The King of the Underworld, and his endeavors of trying to escape The Underworld and use Dark Sarah as his ticket to the Upper World to get back his wings. Dragon is a shapeshifter and he can change into a man, snake, and a blag wolf called Garmr. The world J.K. Rowling has created in Harry Potter is magical and the books and movies belong to the same category that you can watch over and over again. I love the world and it works for me as an escape from this world.”

4. Ravenna (Snow White and The Huntsman)

“When the first trilogy ended and Dark Sarah died, I needed to build up a new character. The Snow Queen, a story by H.C. Andersen, has always been intriguing since my childhood. I came up with this white-haired moon deity called Luna. One of the inspirations for this character was also Ravenna, the evil queen in the Snow White story. Loved the role played by Charlize Theron. One of her dresses (and Shakespears Sister “Stay” music video) worked as an inspiration for Luna’s ‘owl dress.’ It was made by Nina Korento. We’ll later see deeper into Luna’s world on new DS albums!”

“Since the new story is filled with magic and magical orbs and monsters etc., I also searched for some action figures in movies and the comic world. Marvel has created fantastic comic figures! One of my favorites is Storm from X Men. Once again a powerful heroine. She is not that familiar to me story-wise, but I needed to see the process of building up her persona. In the GRIM story, the new protagonist Luna becomes a powerful witch when she finds the first power orb. Can you find similarities to Storm? Maybe only the hair color!”

“When I was building up the Mörk character, who is the center of all evil in the city of Grim, we were going through different cinematic monsters/villains etc. and their musical themes with our producer Mikko P. Mustonen. We have always loved Oogie Boogie Man’s theme and have been waiting for the right character to build up a musical theme with honky-tonk piano. Also, Disney’s Moana and the antagonist Tamatoa worked as an inspiration for our song “Little Men” and the black light scene. Fun fact, Boogieman in Finnish is ‘Mörkö.’” 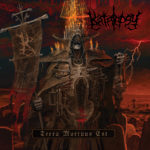 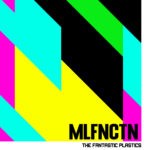