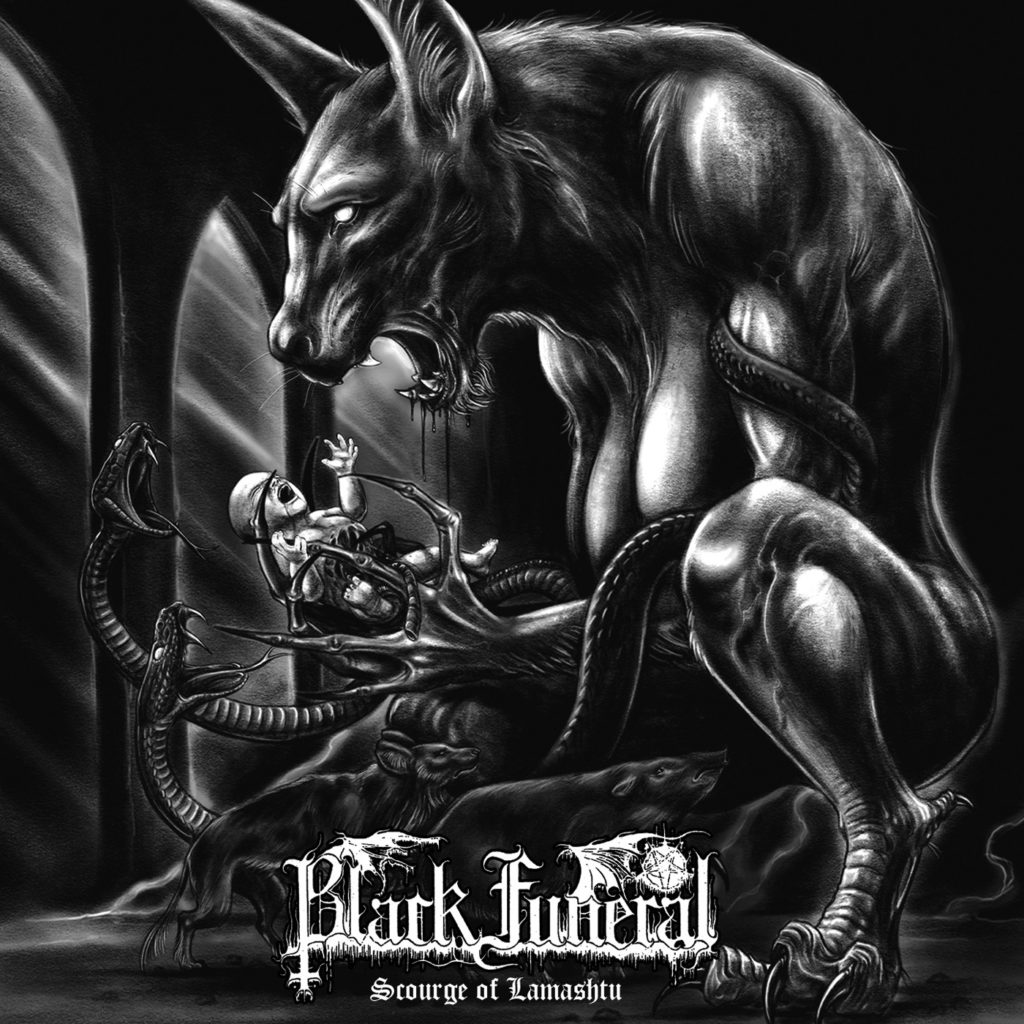 In 2016, Black Funeral’s Ankou and the Death Fire gave me renewed hope for the future of United States Black Metal (USBM). While long-running stalwarts like Wolves in the Throne Room had always been the exception, rather than the rule, North American acts had left me underwhelmed – either too trashy, too death-y or just trying too damn hard, but Black Funeral was the real deal.

Founding member Akhtya Nachttoter, from humble one-man-metal dark ambient beginnings back in the first half of the 1990s, has since crafted an impressive discography that, for me, culminated in the aforementioned Ankou and the Death Fire, a near-perfect expression of black metal and an addition to the Iron Bonehead roster worth taking careful note of. A critical balance between raw near-tribal primitivism, dark ancient mythology and contemporary disgust with the world at large was achieved on this record that few USBM acts have successfully enacted in recent history and – sadly – that Black Funeral failed to match on their latest record, Scourge of Lamashtu.

So many of the prior recipe’s ingredients are still unmistakably present, but the finishing touches have lost their flavour. The lo-fi grit is still there, in spades; the mythological themes are less nebulous (and thus more accessible) and it is undeniably grim and nihilistic in overall flavour – but there is an unfortunate and undeniable tendency towards the conventional that spoils the result. Historically, Black Funeral relied on atmosphere as a selling point and it’s only been on the past few releases that a more “metal” approach has come into effect. That same effect, however, was tempered with idiosyncrasy: as if the guitars and drums that underpin regular metal efforts were added as supporting arguments rather than leading statements. On Scourge of Lamashtu, a more expected setup (lead, rhythm, bass, drums and keys – in that order) prevents the album from becoming a proper expression of Black Funeral, feeling instead like the minor demo from an inexperienced garage outfit trying to “darken” their sound with some B-grade pipe organ effects. “Gidim Hul (Bloodthirst of the Demonic Dead)” is the case in point to illustrate this.

Nevertheless, Scourge of Lamashtu does have its good points: its nostalgic nod to Scandinavian mid-‘90s simplicity is a delight, recalling “classic” proponents of the genre like Mayhem or Emperor’s early releases. Furthermore, the ritualistic mood borders on the hypnotic for much of the album, with cuts like “The Vampyric Rabisu at the Threshold” evocatively conjuring visions of primordial Akkadian fear of the unknown. Likewise, the title track, which carries all the menace and malevolence of Mesopotamia’s underworld pantheon in this hymn to its mother goddess.

The introduction to the album, Kassaptu Lemuttu, is a deceptive one, hinting at the previous release but introducing a markedly different compositional style.

The primary takeaway should thus not be a negative one: in a career as long as Black Funeral’s, marked by nine other very well-received full-length albums, one low point may be forgiven – even expected. And even in the case of Scourge of Lamashtu, a low point is not even that bad: while waiting for Uada to release their next album, or for Abigail Williams to eventually settle on a style that suits them, Black Funeral is still to be the lauded for holding the USBM flag high.

1. Kassaptu Lemuttu
2. The Vampyric Rabisu at the Threshold
3. Nergal (Lord Who Prowls by Night)
4. Seven Udug-Hul
5. Scourge of Lamashtu (She Who Strangles the Lamb)
6. Gidim Hul (Bloodthirst of the Demonic Dead)
7. Pazuzu King of the Lilu-Demons