The Desert is where you will find solo artist ARA thriving and being the best version of herself. The Mexican-Italian-American singer is getting set to release her new EP, The Desert, on August 14th and in advance has unveiled the music video for the songs “Tell You Why” and “Down.”

The ambitious, exciting new video was written, directed, styled, shot, and edited by ARA along with her longtime collaborators John Castello and Miarden Jackson. For a video shot in with a limited budget and do-it-yourself approach, ARA has turned in a fun and visually stylish production that features her giving an impassioned performance in several different spots.

ARA commented at length about both new songs and the accompanying music video, explaining the backstory of how she went about shooting this new clip. “This music video includes two new songs from my upcoming release, The Desert EP. The first song is called ‘Tell You Why’ and it is about standing up to the man, turning the whole table over, and staring into his eyes until he is still as stone. I wrote it after a particularly powerful trip to Joshua Tree where I received insight into the way patriarchy shaped my family and made me into a reluctant warrior, one who yearns for peace. The second song, ‘Down’ is a lament for the United States of America fueled by my own helpless devotion and explosive rage. I wrote it one night when I was texting a friend who had recently relapsed on heroin and he suddenly stopped responding to me. This song came from that scary silence. That moment right before your heart breaks open.

I made this music video with my creative partner Miarden and our long-time collaborator John Castello. We shot the whole thing on an iPhone 8 on the fly in public spaces which resulted in some pretty trippy interactions. Multiple old dudes yelled at us and one tried to fight me! His wife had to hold him back because he looked crazy yelling at me from across the street. I was standing high up on this brick wall and he told me to ‘jump’ like presumably to my death? And I told him to ‘jump’ plus a couple other things and I don’t think he expected me to talk back, much less yell. It felt right. The underlying energy of this video is an affirmation of femme power in the face of the decaying patriarchy. I pray that these visuals inspire femme troublemakers everywhere! May we be well! Also, as soon as the angry man walked away I looked to my right and there was another couple just smiling and witnessing us and cheering me on. So, yeah. Victory to the Goddess!”

Born in Fresno and raised on the central coast of California, ARA is of Mexican, Italian, and American descent who is out to empower others, as well as herself. While she was once a star student athlete attending university while receiving interest from major record labels, ARA soon hit hard times and wound up in the psychiatric ward of San Francisco General Hospital. After enduring a large amount of physical and emotional abuse, she had no choice but to seek out some professional help. After pursuing the help she required, ARA traveled to New York where she began to feel an immense sense of self-empowerment, inspired by her musical heroes such as Santigold, Kanye West, and Courtney Love. Her time in New York helped her find her footing as an individual and when she decided to head back to California, she returned as a much more talented singer, producer and visual artist.

With these challenges now in the past, ARA’s time is now and she hopes that you’ll take a visit to The Desert with her. You might just find something that really speaks to you. 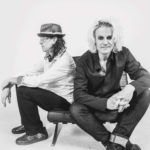 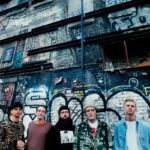