It was driving me crazy, so I had to bang out this review. I hate cover tunes. I hate cover albums and concepts because you’re never going to outdo the original, with a handful of exceptions such as Guns N Roses’ “Live and Let Die,” Van Halen’s “Pretty Woman,” or Motley Crue’s “Smoking In The Boys Room.” Not wanting to hear Allegaeon’s version of the YES classic, “Roundabout,” second after second this old smoky barroom standard leaves you dangling drearily to past judgments of all that is written is gold. Like a heavier version of Dream Theater meets Spock’s Beard, you will find yourself bass clef deep in Allegaeon.

There’s a serpentine embrace constricting phlebotomized orchestral thought patterns that few bands can yank out of a dusty record bin without degrading the original, pushing the limits beyond the space of grace. Even the artwork for the single is nimbly done and quite eloquently so. It’s an apocalyptical vision of the original cover of “Fragile” and has an almost end-times vibe. Perhaps that’s the artist’s intent, and understandably so.

The song itself is poetic justice regurgitated most prolifically with vocal harmonies that will have you smiling and singing along on your next road trip to wherever. In closing, never judge a book by its cover, but then again sometimes the cover is overwhelmed by the content inside. 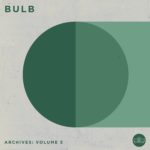 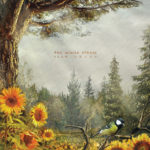