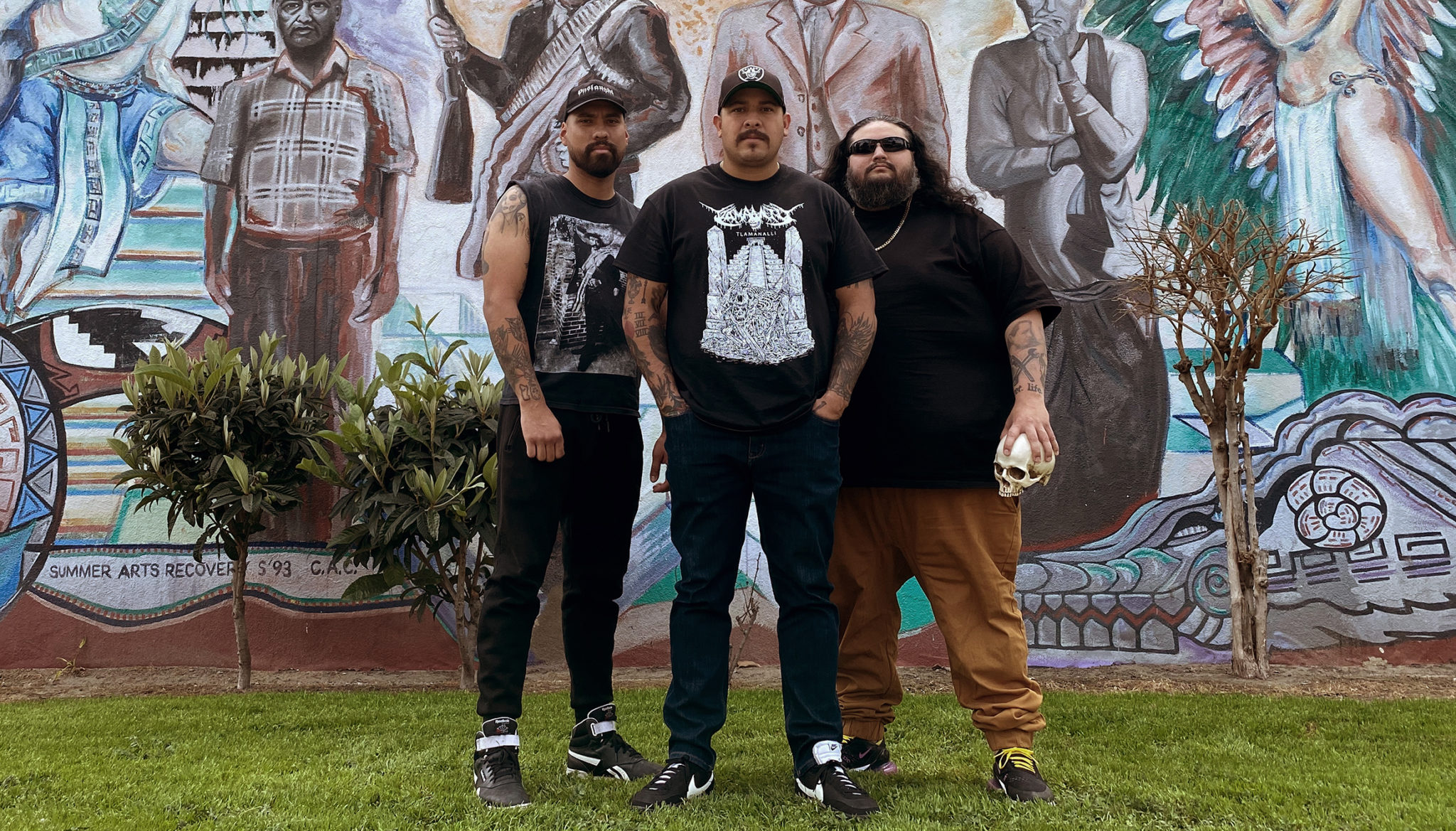 After fifteen years and having just put out their crushing Años En Infierno album via Southern Lord Records (read our album review here), California death metal/hardcore heavyweights, Xibalba spoke of cutting back on their live shows to concentrate on their personal lives. We chatted with guitarist Brian Ortiz about those plans, the new album, and the race protests taking place in the States and across the world.

Thanks for your time. The album is now out, but I read in a recent interview that you would be taking a hiatus in terms of live shows. Is that still the plan?

Brian Ortiz: “I don’t really look at it as a hiatus, it’s more like we aren’t going to play as much as we normally would. We’re still doing some shows when we can.”

Obviously, the Covid-19 situation has forced that on you anyway. Do you think being forced to take a break from performing will alter your thoughts and plans?

“It did alter our plans for some release shows that we were working on, as well as some fests and out of the country gigs. But what are you gonna do, we’re just riding with it and we’ll be around once the dust settles.”

In terms of downtime, how have you been spending the lockdown and how has it affected you and the rest of the band personally?

“I have still been working from home and writing music. I have a side project, so I finished writing music for that like the first month in. The rest of the guys too have been working on what they can to try and manage. We all talk just about everyday and are doing pretty good mentally. It sucks not being able to see each other as often, but we’re good overall.”

Some people have used this period as a time to reflect, have you looked back on nearly 15 years of Xibalba? What are your thoughts on your career so far?

“Of course, I think it has been a wild but mostly fun ride. We have been fortunate enough to be best friends, so that helps. But I think we are very proud of what we have accomplished over the years. We’ve put out records that people seem to enjoy and we get to play all over the world with our brothers, what more could you ask for in a career? If that ain’t a good career then, I don’t know what the fuck is [laughs].”

The new album sees Xibalba pushing their sound to even more brutal levels, what inspired that drive to be harder and more extreme?

“I am not really sure, we just try to write what we like. We definitely try to improve with each record. I’d say my main inspiration has always been our culture first and foremost. But also, life, life can be very brutal at times and make you feel certain ways. So I will try and tap into those feelings and create some music.”

In recent interviews, Nate has talked about being in a positive place when writing lyrics. How hard is it to maintain that positivity given the world of shit going on around you?

“It is very hard sometimes, but I look at everything as inspiration. And when we can get inspired and motivated, I try to write. When I like the stuff I’m coming up with, it makes me feel better. We also have our families that keep us very grounded and help with keeping us sane.”

Nate has also spoken about his pride in his heritage. It’s hard to talk about heritage and not bring up the current race protests going on across the world. Have the band experienced prejudice because of race?

“Yes, we all have had our individual experiences and we’ve some that we have experienced on the road on tour. But none of that has ever made us not proud of who we are and where we come from.”

It’s appalling that we’re in 2020 and still talking about racism. Are you joining in protests? Do you talk to any of your fans about their experiences?

“It’s really dumb that we still have to talk about that shit today. Jason and I have been to some of our local protests here in the San Gabriel Valley area of L.A. County. Nate has been very active in going to protests in Long Beach and Los Angeles. We are trying to do our part to help in any way we can to stand with our brothers and sisters in the Black Lives Matter Movement. As far as talking to our fans about our experiences, we have not really had that dialogue yet. We want to focus more on the tasks at hand.”

Resolving racism isn’t something that will have a quick fix but what do you hope people across the planet will learn from these times? What changes would you like to see take place?

“I would hope people would learn to listen more instead of jump to some cynical conclusion that isn’t based in fact. I for one would love to see the police agencies abolished, but at the very least I’d like to see them defunded and have our tax money put into education, healthcare and stuff for our communities that benefits us, the people.”

Returning back to the band then, the reaction to the record has been phenomenal. Does that not want to make you get out there and tour the ass off it?

“It does!! I am eager to play these songs live. I am really excited and happy to see how this record has been received!”

If you do take a break from performing and are selective about future gigs, what is your vision for the band in terms of future music or will Xibalba become something that comes and goes as the urge takes you all?

“We’ll always be jamming and writing stuff. I won’t say that we will come and go, we definitely love playing and it is who we are but we need to limit how much we do so we don’t get burnt out. We have other priorities in life outside of the band that need our focus as well. So we are going to keep trying to balance everything out.”

You talk about responsibilities and personal lives playing second fiddle to the band. Could you expand on that and do you have any regrets?

“We have work, we have to provide for our households. I would say that our families are first priority, anyone that knows how brown people operate, will know that we are very close with our families. We would never put them in a second fiddle position. That is why this band is our second fiddle. We love to play and make music, but we all love our families more and choose those connections over anything. We have not regrets, we only care to move forward at our fuckin pace, baby!”

Finally, thanks for your time and good luck with the band and on a personal level. Just to finish, what message would you like to give out to friends and fans across the planet?