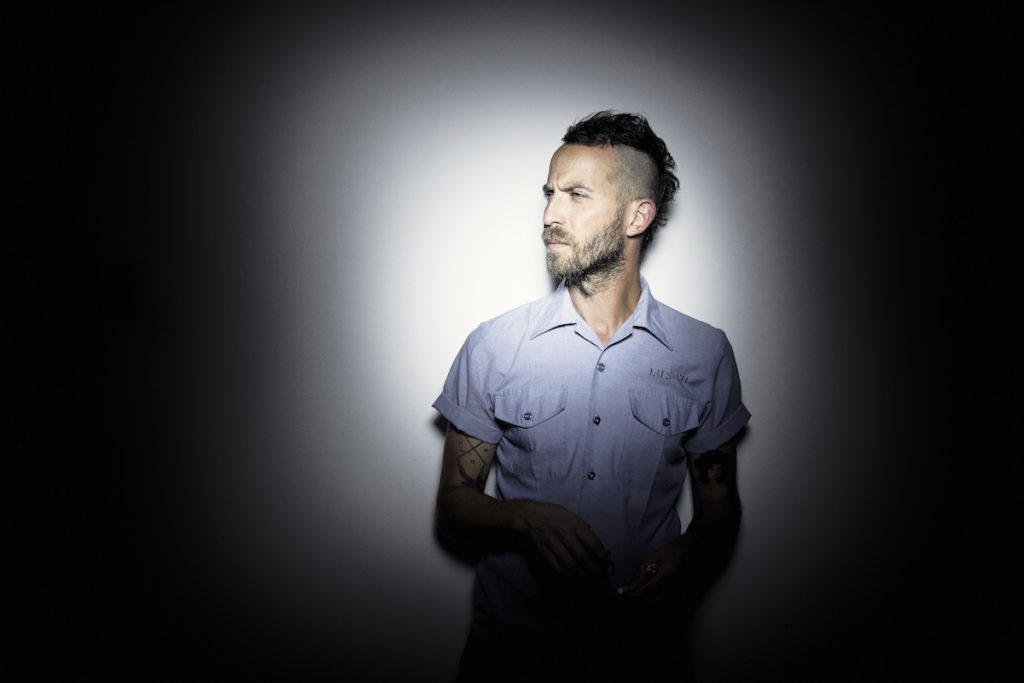 UnCovered: Mondo Cozmo on the Artwork for His Bloody Good Album ‘New Medicine’

To put it lightly, the process behind the writing and recording of Mondo Cozmo’s second album, New Medicine (Last Gang Records), was tumultuous. Riding high off the successful release of his 2017 debut, Plastic Soul, Cozmo, aka Josh Ostrander, was gaining new fans by the day when, in a moment of poor judgement, he severely injured himself. It was on the set of a video shoot in Culver City when Ostrander, angered by how the shoot was going, took his fist and punched through a door, shattering glass everywhere and injuring his hand almost beyond repair. With blood gushing everywhere, he made his way to the hospital where he found out that he had done some fairly serious damage to the arteries in his hand. Embarrassed by his actions, Ostrander felt that the only way to redeem himself was to make his next record the best piece of music he has ever done.

Writing, recording, and playing instruments proved to be complicated tasks for Ostrander, with his hand stuck in a thick cast. Without access to all of his musical abilities, he was forced to improvise and do things such as tape a guitar pick to his cast so that he could play, simplify the chord structures, and even invite guest musicians to help him record. This is where Ostrander received some very valuable assistance from some very talented and well-known artists, with longtime friends The Black Rebel Motorcycle Club lending their support, in addition to the legendary Butch Vig who became something of a father figure through this whole ordeal. Despite the poor decision he made in punching through that glass, in a sense, it’s been all worth it as New Medicine is Ostrander’s most personal and advanced work to date.

Not only does New Medicine stand out musically, but it’s also a very well presented record, with a very cool cover image, sopping with old school rock n’ roll attitude. For our latest installment of UnCovered, we caught up with Ostrander and spoke to him about the cover artwork, the contributions of photographer Chris Luttrell, and how he expects the artwork will affect listeners’ perceptions of the new record.

Mondo Cozmo: “There was no game plan for the cover image, we had a couple options, but the image we went with just seemed very iconic to us.”

Your new album cover is crazy-cool. Tell us about the artist and how you found him/her?

“Chris Luttrell took the picture in New York City, it was October and a freak snow storm came in, the shoot was supposed to be indoors but we decided to go outside and shoot in the snow. Chris has been a friend for years and I was very happy he got the cover image.” 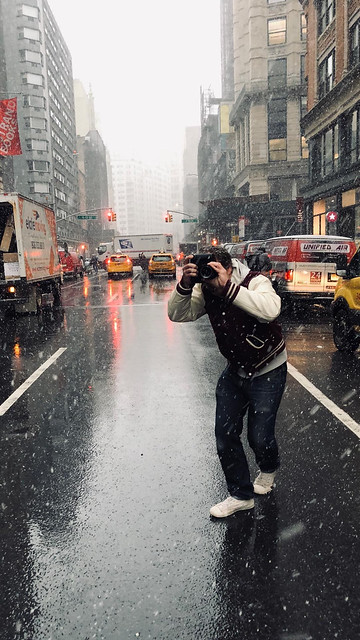 Did Luttrell hear the album beforehand? Or, what kind of input did you give him?

“Chris knew the story of the making of the album, I had injured my hand and had to write and record the album with a cast on.”

“Yes! Rufus Wainwright’s (self-titled) first album. I worked at The Wall and I stole it.”

“I love making the vinyl artwork. I feel it helps the listener to get a real feel for the artist and it shows insight into the album.”

When people look at the New Medicine cover artwork, what do you want them to see/think?

“I hope it conveys the sincerity of the music.”

“There is a band in LA called Sego. I think they do some really special stuff.”

“It is tough making an album cover because now it needs to make sense on Spotify and Apple and such. A lot of times the square image is incredibly small.”

“I just do my thing and hope people like it. I’m at the point where if I am happy with it I don’t really care if everyone else hates it.”

“I think it will give the feel for where my head was at when I cut the album.”

What’s your favorite thing about this album cover?

“I love the cityscape.”

“I love (the Rolling Stones’) Exile on Main Street’s cover.”