Let’s be honest here, we all knew deep down that Shadow Of Life, the new offering from Umbra Vitae, was never going be a patch on frontman Jacob Bannon’s other work. To be fair, though, expecting this album to compare to some of Bannon’s legendary output in Converge would be doing UV, Bannon and Converge a massive disservice. That being said, Shadow Of Life finds Bannon, joined by members of Job For A Cowboy, Uncle Acid and The Deadbeats, The Red Chord and Wear Your Wounds, in utterly unstoppable form.

Sure, there is an element of the metallic hardcore chaos that we’ve come to expect from Bannon over the years but, even before opener “Ethereal Emptiness” has finished ripping off your face, it’s clear that this hardcore “supergroup” has decided to explore more death metal-polluted waters. Neck-wreckingly heavy, the unrelenting chug and grind of the opener is a crushing way to start off Shadow Of Life. “Atheist Aesthetic” is more of the same raw ferocity finished off with Bannon’s room-levelling howls.

“Fear is a Fossil” is outright death metal; there is not a hint of hardcore to this particular track. From the wrist-snapping drumming, the groaning chug of the guitars, and Bannon’s foul vocals, this should have the ears of the death metal purists pricking up. Elsewhere “Intimate Inferno” sees Umbra Vitae unleash all manner of metallic chaos then, just when you think the band can’t push it any further, they lurch into the grindcore-soaked bile of “Return To Zero” delivering an absolutely terrifying ninety seconds of face-ripping rage.

While we’ve already touched on the fact that it would be unfair to compare this to any of Bannon’s Converge material (or in fact any of the other band members’ day jobs), fans of his work would be right to expect an unbridled lesson in extremity of the highest quality. Thankfully, listening to the aforementioned “Return To Zero,” the death metal/hardcore outfit has gelled together superbly and the end result is an effortless, almost flawless demonstration of their talents. It may be a route-one album in so much as there is no veering from their chosen path, however, as the technical/metallic hardcore rage gels with the death metal chug before being doused in Bannon’s hellish howls, the end result is crushing.

Now, given the underground status of the collective members and their “day jobs,” it seems strange to label Umbra Vita a supergroup. Is there such a thing in the extreme metal world? That little matter aside, even glossing over the achievements that have gone before, Shadow Of Life is a near-perfect skin-melting display of extreme metal rage. 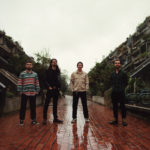 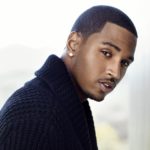