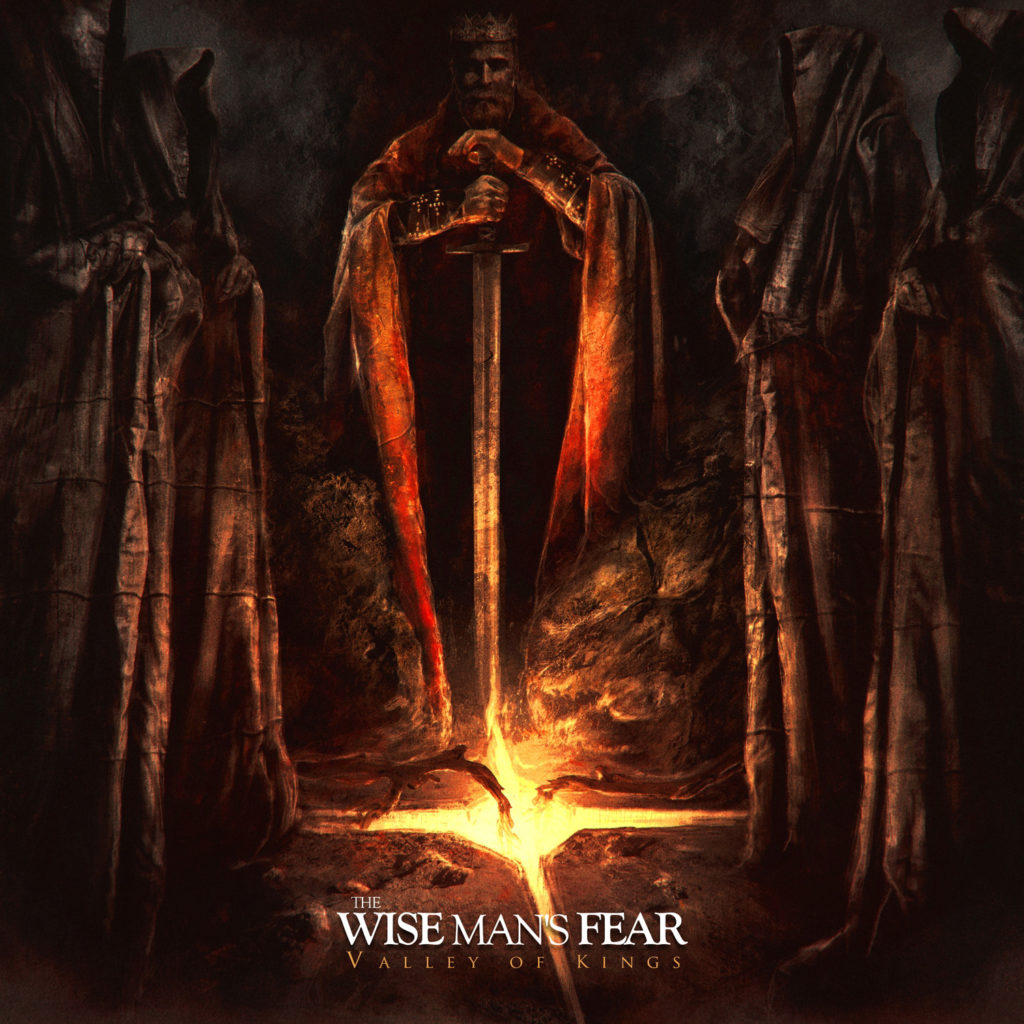 Although lending itself perfectly to the metal genre, the term “fantasycore,” which accompanied this album, sent a shudder down my spine. You see, the problem is that, while themes of fantasy have been littered throughout the history of metal, more often than not then end result can be cringeworthy, to put it mildly. Step up Indiana band The Wise Man’s Fear and their new album, Valley of Kings, out now on Sharptone Records, to prove me wrong.

To be fair, though, reading that the Indiana sextet blend their fantasy tales with a bludgeoning concoction of deathcore and hardcore, this is going to intriguing, to say the least. Described by drummer Paul Lierman as Lord of the Rings meets Journey to the Centre of the Earth, Valley of Kings is the final piece of a trilogy joining Castle In The Clouds and The Lost City, signing off the set in glorious fashion. A thundering affair, even as a standalone album, there are some truly epic moments on this album. From the gut-wrenching deathcore to the immaculate, soaring cleans, musically, the standard of this Indiana outfit’s musicianship is outstanding.

Twisting this bludgeoning sound around their fantasy tales, tracks like opener “The Relics Of Nihlux” perfectly demonstrate the brilliance of this band. Heavy and dramatic without sounding pompous, the beauty of The Wise Man’s Fear is that, if you’re new to the band, they’ll have your attention from the first moment they lurch into their rumbling deathcore. Thankfully, when it drops into some almost poppy cleans, they don’t really sound out of place. Clinical but equally as epic in their delivery and peppered throughout the album, on songs like the title track, The Wise Man’s Fear has got this mix just about right. Add in a bit of flute here and there and you have a truly wonderful sound but one that can quickly, and effortlessly, switch to being skull-crackingly heavy.

As you’re nodding along to jams like “Breath Of The Wild,” you find yourself so engrossed in The Wise Man’s Fear’s sound that you almost forget about the “fantasycore” tag this band has labelled their sound with. However, once you dig into the dramatic, epic tales inspiring this album, you’ll find that the two elements lock together seamlessly. Furthermore, at just short of forty minutes long, Valley Of Kings is long enough to ensure your attention doesn’t wane while thanking the good Lord that there is a fantasy band out there isn’t content to badly mimic the work of Iron Maiden or Manowar.