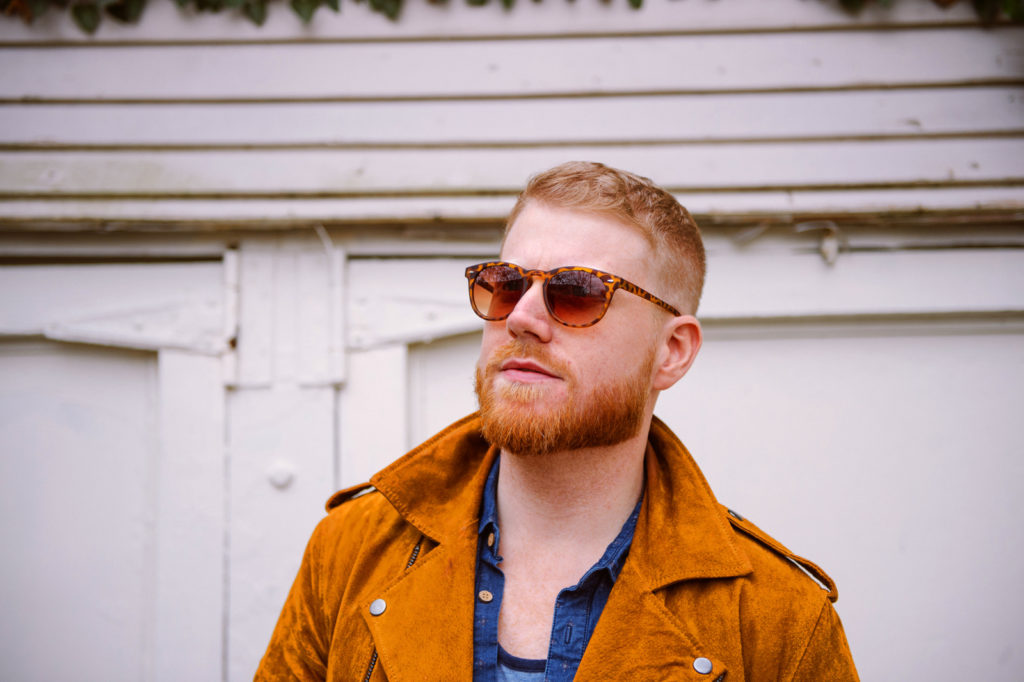 Steve Everett on ‘Write By The Sea Vol. 2’ and His New Song “Yankee Girl In Nashville”

The only thing better than music is music that’s meant for a worthy cause… Enter Write By The Sea Vol. 2, the brand new compilation album put together by the Florida-based non-profit organization Rock By The Sea. Started in 2006, Rock By The Sea came together for the purpose of raising money for worthwhile charitable causes by connecting music lovers with live music events with proceeds going to charity. Over the last fourteen years, Rock By The Sea has raised 800,000 dollars by bringing together a large network of volunteers, musicians, and fans, all working towards the common goal of putting on fun concerts and festivals.

As part of the charity’s evolution and success, Rock By The Sea has begun releasing compilation records that bring together artists who each contribute an original song. Motivated by the success and reception of 2018’s Write By The Sea Vol. 1, the charity is now set to release Write By The Sea Vol. 2 on June 26th. The album’s eleven tracks include a wide variety of artists and genres, with rock, folk, pop, soul, and Americana music all well represented. Some of the artists you’ll find on Vol. 2 include Michael Logen (who has contributed to Suits, Nashville, Parenthood, One Tree Hill, and Heartland), Todd Wright (Bones, Proven Innocent, The Originals, Pitch), Steve Everett (touring credits include Hunter Hayes, Cassadee Pope, Sister Hazel), J.R. Moore (who has toured with Maroon 5, Zac Brown Band, Gavin DeGraw, Jason Mraz, and Hanson), and more.

More than just a compilation, each artist who appears on Write By The Sea wrote and recorded their contribution while congregated in a St. George Island, Florida home where the entire album was written, recorded, produced, and engineered. All the proceeds generated by Write By the Sea, Vol. 2 will go towards brain cancer research.

To get you excited for the imminent release of Write By the Sea, Vol. 2, we are today revealing “Yankee Girl In Nashville,” an upbeat pop-rock collaboration between Steve Everett and J.R. Moore. To discuss the song and the compilation, we caught up with Everett and chatted about how he became involved in such a worthy cause, how the song was written, what it was like collaborating with Moore, and whether there are any plans for a live show including all of the artists.

You could say that Write By The Sea Vol. 2 is good music meant for a good cause. How did you come to be involved in this project? Were you asked if you’d like to be a part of it?

Steve Everett: “I was asked to do it and was very excited about it after hearing the first record they made for this project. I’m also the Vice President of Rock By The Sea, so I kind of wear a lot of hats when we do projects. This was an easier one for me, because I got to just dig in and be an artist. Our president, Beth Gosnell, has built this community from the ground up and it’s just a blast to be a part of.”

One of your contributions to this collection of songs is the upbeat “Yankee Girl in Nashville.” Take us through some of the details on how the song was created.

“J.R. Moore is the lead singer of a band that I love called Ingram Hill. I’ve always loved his voice and thought it’d be fun to write together. I also figured it’d be an up-tempo one when we did. We’re both southern boys who have big personalities and love fun. This was just the first thing we thought of when we sat down and started talking. We live on opposite sides of Tennessee and started going through all the Tennessee stereotypes. Everybody in downtown Nashville being from out of town made us laugh… so we went with it.”

From the sounds of this song, it seems that you both have a solid song-writing chemistry together. Was this the first time you both collaborated? How do you know one another?

“We’ve crossed paths on the road before, but this was the first real hang time. I couldn’t like him more. J.R. is quick to laugh, always positive, and is a truly great singer.”

Now, part of the process behind Write By The Sea is that it brings musicians together to write and record in a cottage on St. George Island. What was this experience like for you recording in this island cottage?

“Yeah, there’s something really cool that happens when you can write a song and record it in the same day. Something special also happens when you don’t have to leave the space you’re already in to go record. When you’re writing, you work hard to create a vibe in a room and then when you want to recreate or capture that vibe on tape… it’s usually not the same anymore. This takes that out of the equation. I really enjoyed just diving in on day one and not coming up for air until we were done.”

Were any of the other artists who appear on Write By The Sea present when you were recording “Yankee Girl in Nashville?”

“Yeah, everybody was around while the other artists were recording. There was a real team dynamic and we were all mixing together very well. Lots of cheering each other on and compliments flying around. I think everybody left with at least one more friend than they came with.”

Was any of the song written or, at least, were some of the ideas already there before you connected on St. George Island? Or is this a complete, in-studio creation?

“I’m almost certain everybody started from scratch. Honestly, with something like this, you kind of need to get down there, meet everybody, and settle into the mission and the emotions of the project before you can know what you’re gonna think is appropriate for the record. We were all constantly keeping tabs on everybody’s progress to know how many slow ballads, mid-tempo bops, and rockers you have. You want to serve the record and make sure folks get to go for a ride.”

What was it like that first few hours that you both sat down to get writing and recording? Was it difficult to get going on the song or did it just come pouring out?

“The fun ones always just seem to pour out. Once you dial in an angle you like, you can usually just start remembering your own experiences and stories from other people to populate a song pretty quick. When you get two guys who are from the same region, do the same thing for a living, and are around the same age… there’s a lot of meat on that bone.”

Rock By The Sea is, of course, an organization dedicated to organizing live music events. Obviously, it’s not yet a possibility, but are there plans to bring all of the album contributors together for a live show?

“Yeah, we actually played a big debut show, at our partnering venue Harry A’s, the night before we all left the island. It was really special to get to play through them all together and hear ‘em through the sound system… see the reactions on people’s faces. I’m sure we’ll get everybody together once everything calms down. Might even have to do a streaming version. Who knows.”

Give us an update on your own writing and recording. Are there any projects or songs you’re currently working on?

“I’m VERY excited and ready to make my next record. I spent January and February writing my next record and crowdfunding the budget, only to run smack into COVID-19 and all recording studios closing down. As soon as I can safely get the band and team in the studio, it’s go-time. I’m pumped.”