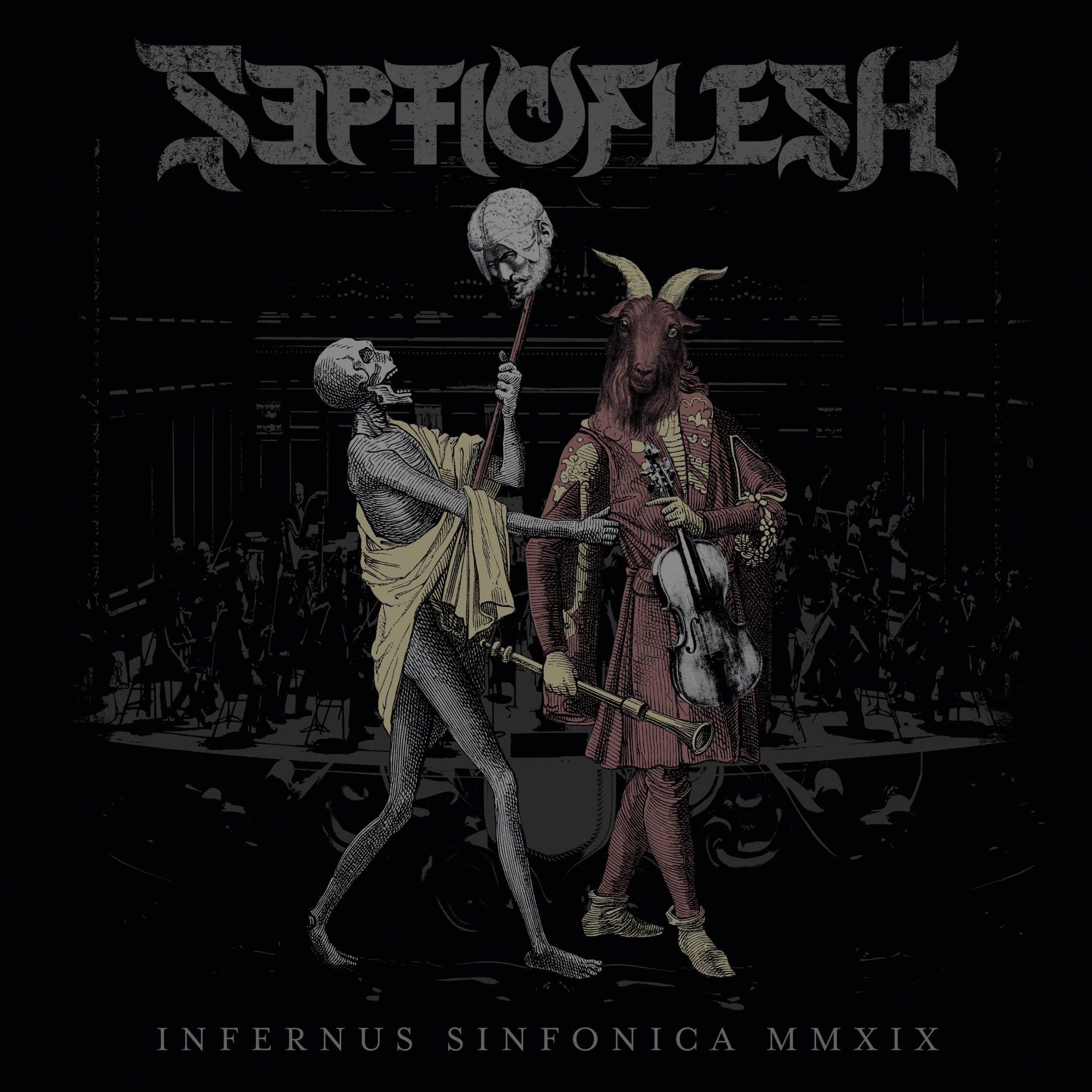 I have always been a fan of the liminal space where classical music and metal collide. And when that space becomes a real, live event, I’m even more of a fan. From crowd-pleasers like Metallica and the San Francisco Symphony Orchestra’s S&M offering in 1999, or the Scorpions with the Berliner Philharmonika the year after, to the more ‘expected’ collaborations from the likes of Yngwie Malmsteen and the New Japan Philharmonic or even the big names in symphonic metal like Nightwish or Katatonia, this type of show brings together so much of what I love and reinforces what makes metal a musical genre to be respected.

But then it gets even better when the metal bands in question become less mainstream and the music itself takes on a far darker character, more in keeping with the composers I most admire – the great symphonists like Brahms, Wagner or Mahler. Recent examples include Satyricon’s Night at the Opera, recorded in 2013 with the Norwegian Opera Choir, or Dimmu Borgir’s phenomenal 2017 release, Forces of the Northern Night, recorded live with the Norwegian Radio Orchestra and Choir.

And, while this list could easily be further populated, one thing that always stands out no matter the genre or style, is the skillful arrangement that goes into integrating these two types of music, bringing us to the matter at hand: the latest of this type of live extravaganza featuring Greece’s masters of the symphonic and orchestral, Septicflesh. The recording of their live performances in 2019 with over 100 members of the Symphonic Experience Orchestra, the Enharmonía Vocalis Choir, and the National University of Mexico Children’s and Youth Choir, entitled Infernus Sinfonca MMXIX, may strike the layman as more of the same, but it is anything but. Yes, it most definitely is a massive, awe-inspiring undertaking that fully utilizes the bombast and spectacle of a full orchestra and choir totally occupying a theatre stage on top of what is already an accomplished and experienced live metal act, but what sets this apart is the fundamental compositional process.

Where the previously mentioned acts, for the most part, write metal songs then arrange these for orchestra, Septicflesh enjoys the unfair advantage of founding member Christos Antoniou, who is not only the lead guitarist but also a classically trained composer, regularly contributing original scores for films and video games. Thus, the creative process is turned on its head, and Septicflesh writes music for orchestras that is subsequently arranged for metal performance. And the end result, as shown on Infernus Sinfonca MMXIX is nothing short of mind-blowing – a fully-realized, wholly integrated display of Septicflesh as they were always meant to be, but always limited by touring and stage restraints.

Factor in the engaging presence of Christos’ elder brother Spiros “Seth” Antoniou as frontman, exhorting the crowd to displays not usually witnessed by classical orchestras, as well as the intriguing visual accompaniment he crafts in terms of set, costume and artwork designs and you simply cannot go wrong. This should come as no surprise, though: he did, after all, play their Graspop 2018 show with a dislocated shoulder. And on a personal note, their 2015 appearance at Witchfest in Johannesburg was on the tail end of a long tour through Europe, and right before an even longer trip to South America, but I have experienced very few gigs with such a high level of energy.

While this show formed part of the band’s tour in support of their last album, Codex Omega, the career-spanning setlist on Infernus Sinfonca MMXIX also enjoys fresh attention, too, as older hits like “Communion,” “The Vampire from Nazareth” or “Anubis” are revitalized by the furious drum work supplied by Kerim “Krimh” Lechner. His thorough grounding, honed by experience with bands like Decapitated, lend Septicflesh a dominance and vigour that contrasts magnificently with their melodic prowess.

In summation, Infernus Sinfonca MMXIX is two things: first, it is a jaw-dropping distillation of thirty years of Septicflesh, showcasing the band as they were always meant to be and second, it is a magnificent introduction to these Greek masters for the uninitiated. Septicflesh is one of those rare finds, a metal band with true crossover appeal, likely to satisfy power, black and death metal audiences as a result of their intelligent blending of themes, styles and approaches to their unmistakable and characteristic sound. Whether you’re just listening to the audio CD or watching the gorgeously-produced, well-shot live recording on Blu-ray, Infernus Sinfonca MMXIX guarantees satisfaction.