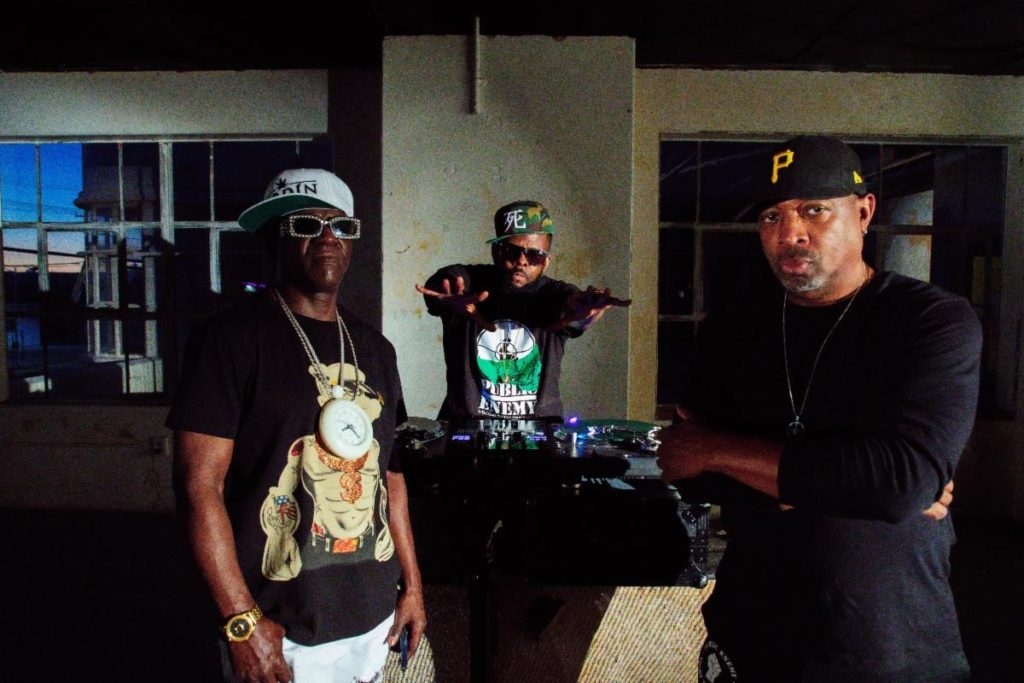 Revered socio-political hip-hop group, Public Enemy has just dropped a new single aimed at U.S. President Donald Trump and his administration. The DJ Premier-produced song, “State of the Union (STFU),” is now available as a free download from the band’s website, and can be found on all major digital providers.

A recent press release notes that the track is “an unflinching statement about the destruction the current administration has unleashed on the country and its people [and] speaks truth to power while urging people to fight against racism, injustice and oppression with their vote.”

Chuck D. comments, “Our collective voices keep getting louder. The rest of the planet is on our side. But it’s not enough to talk about change. You have to show up and demand change. Folks gotta vote like their lives depend on it, ‘cause it does.”

Adding his eloquent two cents, Flavor Flav, says, “Public Enemy tells it like it is. It’s time for him to GO.”