Emerging singer-songwriter, Pozzi has released the new single “Tyrant” – taking a stand and making a statement against the oppressions our society faces today. The title track from his upcoming debut album of the same name, “Tyrant” sees Pozzi utilizing his alternative-folk music as a platform to speak out against oppression of all kinds – racial, systemic, political, and others – a timely discussion for the country’s current conversations.

Pozzi addresses the many forms of oppression through carefully crafted and intimate lyrics. With the line “others will look like your kin and they’ll bite at your skin” Pozzi makes a direct reference to those who we share this land with, that should act as brothers and sisters, but instead mistreat people based on their skin color or background…. perhaps the most consequential and relevant form of oppression in today’s society.

References such as this one are intertwined with Pozzi’s own story of oppression – the inner demons he fights to overcome. “ [the line] ‘Some tyrants come from within’ is about overcoming my own depression, fears and anxiety, and rising above what is “expected” or “demanded” of me…. and being the best and most fulfilled version of myself. In my case, it’s by challenging myself as an artist, and educating myself as a citizen in a country filled with turmoil,” says Pozzi.

Overall, “Tyrant” is a song about overcoming the external and internal oppressive energies that keep people from reaching their full potential. With rich and thoughtful lyricism, Pozzi is making his voice heard with a musical statement about some of the tyrants (both seen and unseen) prevalent in the current global situation.

“Generally speaking, the song is about oppression of any kind. Which is something I feel very strongly about combating and using music to express those feelings of disdain and unrest. So I call the song “Tyrant” which the exact definition is: “A cruel or oppressive ruler.” I encourage people to speak up and hop in the ring to fight against these all-encompassing forces.” (Pozzi)

Pozzi is an LA-based alt-folk singer-songwriter, guitarist, and member of the Society of Composers and Lyricists. He has spent years performing at legendary venues such as The Hotel Café and The Sayers Club, and has toured throughout North America. His style has been compared to Wilco, Beck, Jeff Buckley, My Morning Jacket, and Sufjan Stevens. His innate desire to create is at the root of his alternative style that provokes an honest form of expression in his music. With an affinity for folk and rock Pozzi crafts acoustic-driven, heartfelt songs that capture a moody, yet timeless, vibe. Pozzi will be releasing his debut full-length album Tyrant in August of 2020, produced by Frankie Siragusa at The Lab Studios in Highland Park, Los Angeles. 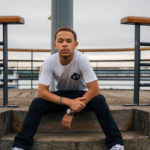 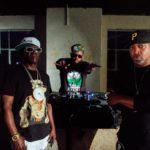