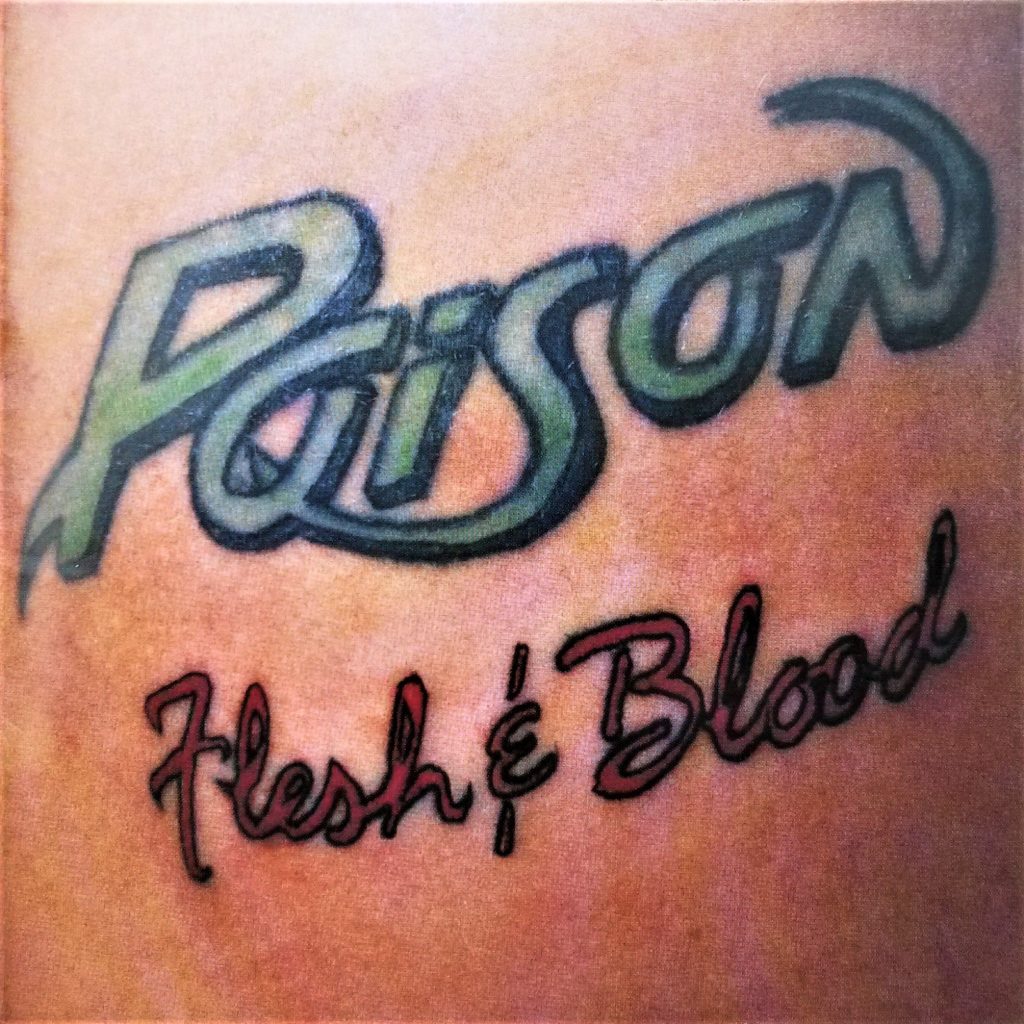 The full liquor bar was open, and the buffet — bountiful. Many who imbibed the vibe still reflect on that salacious soiree fondly. The neon-lit “champagne room” was packed to the rafters, and everybody in attendance was a bold and beautiful V.I.P. — airbrushed to Hef-approved perfection — even the chicks. But while the summer of 1990 seemed to suggest that the ensuing five-year rock and roll party assuredly would rage on forever, it actually was the last grope of grandeur — the final gasp of glory.

Truth be told, it would have been pretty darn tough at that time to create a more compelling collective — the chiselled Playgirl allure of frontman Bret Michaels, the animated appeal of guitar gymnast C.C. DeVille, the rock-ribbed mystique of bassist Bobby Dall, and the unparalleled, flamboyant showmanship of drummer Rikki Rockett. However, the verdict wasn’t totally unanimous, and the band was dismissed as a shameless cartoon by certain “smart” critics. Yet, Poison laughed all the way to the unskinny bank.

Like platinum pinatas dangling at a Caitlyn Jenner pre-op meet-and-greet, Poison’s first two records, Look What the Cat Dragged In (1986) and Open Up and Say… Ahh! (1988) were chock-full of supah-sweet ear candy. Among the records’ “Everlasting Gobstoppers” that crushed Casey’s Countdown — “Talk Dirty to Me,” “I Won’t Forget You,” “Nothin’ But a Good Time,” “Fallen Angel” and “Every Rose Has its Thorn.” Boasting a state-of-the-art, circus-style arena production, Poison also established themselves as a formidable box office force — a must-see international concert attraction.

But by the summer of 1990, Poison seemingly had become connected less to their “Glam Slam Kings of Noise” rep and focused more on crafting world-class songs and producing perfectly polished albums. Released 30 years ago today (June 21, 1990) via Capitol Records, their third studio slab, Flesh & Blood, made that point abundantly clear.

“I remember most of the album being written on the bus during
the previous tour. Decades later, the songs still hold up beautifully.”
–Riki Valentine
(Former Poison staff member)

Driven by a meat and potatoes Bobby Dall bassline, the hyper-hooky hit “Unskinny Bop” was a heaping dose of signature-style Poison nonsense, while the ultra-introspective “Something to Believe In” was a spectacular new addition to the band’s ever-expanding power ballad portfolio.

However, Poison stepped out frequently from their acknowledged comfort zone, and Flesh & Blood held many surprises for fervent followers. The bluesy, acoustic guitar interlude, “Swampjuice (Soul-O)” revealed a decidedly different side of C.C. DeVille — and it suited him well. Brought to life by Bret Michaels’ engaging Everyman perspective, the energetic sing-along, “Let it Play” was a sophisticated stand-out. Mmm, play it low there, Bobby Dall. Also, benefiting from a fresh and crisp ‘90s sheen, Flesh & Blood was freed-up from the over-produced ‘80s-era muck of their previous efforts. As a result, Rikki Rockett’s rib-cracking drum contributions sparkle brighter than ever throughout the record.

While “Poor Boy Blues” could have been penalized for “un-sportsman-like pandering,” the straight-up rock track, “Ride the Wind” and the mid-tempo, Hi Infidelity-flavored “Life Goes On” both split
the uprights and put big points on the board for “Team Poison.”

When Flesh & Blood dropped, it was an instant sensation — reaching #2 on the Billboard album chart and moving three million units, posthaste. But what a difference a year makes. In the summer of 1990, Poison maintained the distinction as glamorous Grand Marshals of the glorious arena rock parade. By the fall of 1991, the good-time party was over. Ironically, it was the anointed poster boys of the scene who ultimately flicked on the closing time “ugly lights” when Poison crashed and burned during a disastrous televised live appearance at the MTV Video Music Awards ceremony. In her riveting 2019 memoir, Adventures of a Metalhead Librarian, author and former Metal Blade Records rep, Anna-Marie O’Brien, very accurately and articulately recounted the band’s now-infamous performance.

“I felt embarrassed for them (Poison). Right there, on
that stage at the VMA’s, at that moment, hair metal was
dead. Irrelevant. Not worthy of any more attention.”
-Anna-Marie O’Brien
(Author of Adventures of a Metalhead Librarian)

In the aftermath of the VMA debacle, C.C. was either fired or quit Poison, depending on whose version one chooses to believe in. And the band’s subsequent double-record set, Swallow This Live, failed to even reach the Billboard Top 50, although it did ultimately achieve “gold” status. Future Poison efforts without C.C. reaped less than noteworthy results.

However, he finally rejoined the band for a celebrated reunion tour in 1999. Still comprised of all four original members, Poison continues to enjoy enormous success on the U.S. summer concert circuit. Postponed due to current COVID-19 concerns, their massive 2020 stadium tour with fellow ‘80s rock stalwarts, Mötley Crüe, Def Leppard and Joan Jett reportedly has been rescheduled and is set to hit the road in summer 2021.

In sum, what once seemed certain to be the final footnote in another soon-to-be-published “Where are They Now?” file, Flesh & Blood actually now serves as just one of many chapters in Poison’s storied career — one filled with heart-stopping highs, heart-breaking lows and ultimate long-haul success. An important record from a true blue American rock and roll treasure.