Our guests, from top to bottom: Boney James, The Fratellis & The Offspring’s Dexter Holland 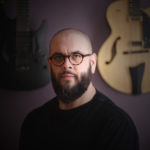 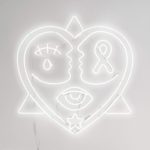