Back for another Monday morning and another ten new tracks to help you through the week. As always, we hope you enjoy this round-up of new music and, if you want to submit your band for inclusion, get in touch.

02. Prism Tats – “Avalanche”
– To challenge his writing approach, LA-by-way-of-South Africa artist Prism Tats has recorded a cover of Leonard Cohen‘s “Avalanche” and you can check it out here.

03. Mercutio – “Slap Bang”
– London rockers Mercutio are set to release their new single, “Slap Bang”, in mid-July but you can check out the pre-lockdown recorded video now.

07. Reach – “Higher Ground”
– Founded in 2012, Swedish rock band Reach have spent the last year pulling together their perfect team and have now released their new single, “Higher Ground” as a taster for their upcoming new album.

FFO: Penetration, The Skids, The Ruts 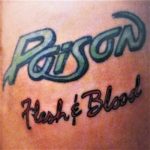 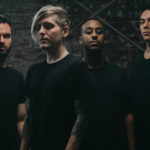