New Found Glory shot to fame in the early ‘00s with their self-titled album, New Found Glory, followed just two short years later by an absolute ear candy of a recording, Sticks and Stones. Given that pop-punk was thriving, it was the perfect time for the group to strike. Their upbeat and fun-loving nature portrayed through the music, coupled with vocalist Jordan Pundik’s easily identifiable (and slightly cheeky) style, gave them an edge over the abundance of other pop-punk bands pouring out of the woodwork during this period.

Latest outing, Forever + Ever x Infinity is the band’s 10th studio album and demonstrates the same energy on display some 20 years ago. That said, although the new songs are enjoyable and clearly written with passion, they are also quite forgettable with no real stand-out tune. Essentially, if you throw all of the group’s back catalogue (this album included) on random, the latest tracks would simply get lost amongst all the other fun, especially when cuts like “My Friends Over You” or “Hit or Miss” rear their heads.

Don’t take the above statement as meaning that this record is bad, however, as it is perfectly suited for a long drive, for example. It is upbeat, inoffensive and ideal background music, but that’s the very point, all the tunes almost meld into each other and maintain the same distinct sound New Found Glory had two decades ago.

I strongly suspect that die-hard NFG fans, by this point, will be grabbing their pitchforks and marching upon my flat singing a pop-punk version of “The Mob Song” (Disney fans will note this analogy) with the 20-year-old leading the charge. However, I must reiterate, this is not a bad record, just more of a miss than a hit this time around. 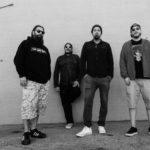 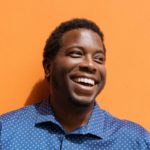 Soul Singer Quinn DeVeaux Expounds on His Favourite Guitar, Racism and the Need for Change