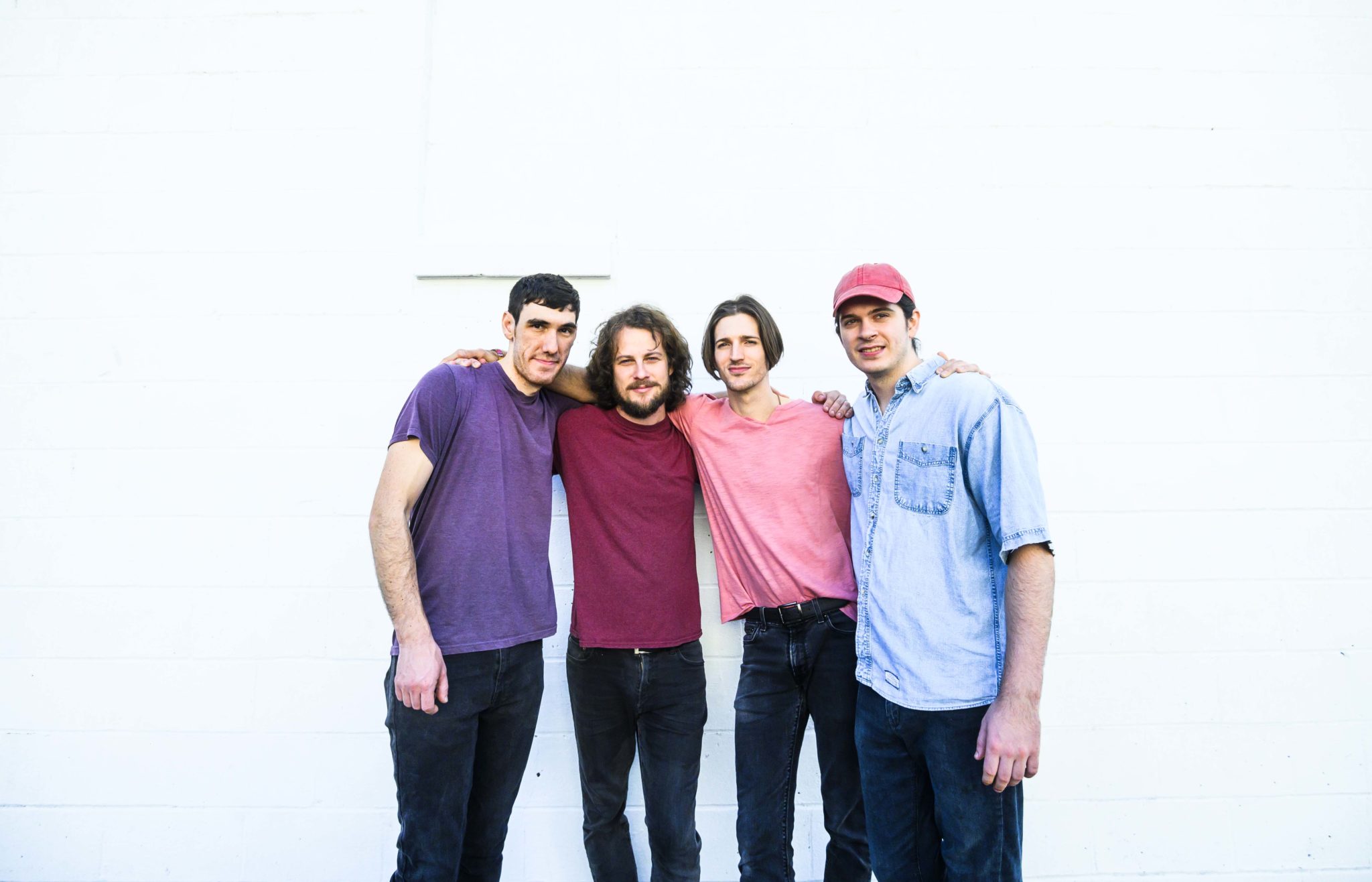 Exploring the emergent theme of duality in the band’s writing, many of the songs pose different perspectives to the same questions. Traversing concepts of introversion/extroversion, light/dark, day/night, spontaneity/meticulous calculation, action/reflection, and the colloquial/poetic, Mighty Brother ultimately challenges the listener to simultaneously both reflect on and look introspectively into one’s own conscience to understand the duality of intent and impact.

“The way we act in the world changes us, creates the mental environment for our next thoughts, those thoughts lead to actions and so on. Our intent means something, but it is not so important as our impact on others and on the world.”

The Rabbit and the Owl first appeared as characters on the cover of Mighty Brother’s debut album (Jettison. Reprise. – 2015). Seen as unlikely friends, predator and prey, the king of the night and jester of the day, Mighty Brother decided to place them on a simple, equal plane. Over time, the personification of the two contrasting characters grew, as did their stories with certain songs becoming characteristically more “Owl”-esque, while others were clearly the playful and energetic “Rabbit” shining through – a duality within their writing was discovered.

Musically, The Rabbit. The Owl. poses two different versions of the band with soundscapes balancing between folk/funk and experimental adventures into new sonic territory. The first half, The Rabbit., is the folk/funk-influenced half of the double album, exploring familiar classic rock styles with a tip of the hat to St. Paul & The Broken Bones, Avett Brothers, Decemberists, Rosebuds, Bob Dylan, Marcus Fetch, Nathaniel Rateliff & The Night Sweats, Fleet Foxes, Beck, and many more. Described as a “fun summer, day-drive album” The Rabbit. showcases the band’s musical roots and ingenuity that has allowed them to evolve. With songs like “Monkey Bars” boasting dueling vocal harmonies and a sax-forward, danceable groove, to “Patchman” whose simpleness is one of the greatest examples of the band’s roots and heart of their songwriting, Mighty Brother leaves no stone unturned in musically sharing their story with listeners.

The Owl. is a sonic adventure into new territory exploring the less conventional, boasting subtle arrangement choices, and thoughtfully approaching poetic content. The Owl. is the more cinematic and patient member of the pair nodding to influences like Alabama Shakes, Pink Floyd, Feist, Bon Iver, Grizzly Bear, Alt-J, Radiohead, and Black Keys, among others. Thoughtful and introspective, the second half of the double album possesses songs of lyrical vulnerability (as in “Desolate”) and thought-provoking concepts as shown in “Escape Velocity” which explores the state of being in-between. Bridging the gap between the two sides of the album are songs like “Villain” and “Vandal” – counterparts to one another telling the stories of two different characters in the same story. Similarly, “Summer Road” and “Naked Winter” play parallel roles in establishing the mood of each album – one adventurously lighthearted, and the other hauntingly vulnerable and introspective.

Based in New Orleans, Mighty Brother has hit the musical stratosphere with a genre-bending repertoire of upbeat originals comprised of an Americana-indie-rock essence and ‘90s alternative flavor. The 5-piece band carves a unique space in today’s modern soundscapes with a distinct mashup of styles that has been described as a “blend of Avett-Americana and Radiohead-esque art rock” (Offbeat Magazine). Straddling the lines between folk and funk, rock and alternative, Mighty Brother’s soaring harmonies and striking melodies knit an eclectic sound, guiding the listener through unconventional grooves and adventurous lyricism.

Mighty Brother started as a songwriting duo in 2015, comprised of Nick Huster and Ari Carter. Eventually growing to a five-piece indie rock outfit to include band members Jonah Devine Tarver (Saxophone), Quinn Sternberg (Bass), and Nicholas Solnick (Drums), Mighty Brother was quick to carve out two musical successes with Jettison. Reprise. (2015) and The Vibe EP (2017). The band, who describes their sound as groovy and flavorful, has been influenced and inspired by the likes of Grizzly Bear, Radiohead, Bon Iver, The Decemberists, Avett Brothers, Alt-J and several other musical acts. This menagerie of influences led to Mighty Brother’s indie-rock sound that also pays tribute to folk, singer-songwriter, funk, and alternative soundscapes.

Having toured the globe on tours spanning from the United States to New Zealand, Mighty Brother performs as if they were actively conversing with the crowd, drawing listeners in for an engaging experience. This energy is translated into their music, proven through the new tracks of their most mature album yet – The Rabbit. The Owl..