Floridian-trained opera singer Kim Logan has led a somewhat peripatetic lifestyle, with stops at Boston’s Berklee College of Music and Nashville’s rich music scene before landing in Paris with her newest musical act, Kim Logan + The Silhouettes. Logan recently dropped her second album, and first with The Silhouettes: the blues-rock Shadow Work, which was recorded in Scotland and the English coast. The nine-track album is a perfect introduction to the band’s psychedelic, swampy, bluesy style of soulful rock ‘n’ roll, and, in a generous gesture from the group, the album’s bumpin’ tune “Oedipus Wrecks” is now available as a free song download.

The four-minute tune is a rousing call to attention which showcases the deft, practiced chops of Logan and her monochromatic troubadours as they guide listeners through a dusty summer night in the heart of Americana, with Logan’s arresting vocals soaring over jangly guitars and smooth, bounding bass lines. On the excellently-named song, Kim pipes up with the following:

“‘Oedipus Wrecks’ is about an exhausting relationship I was in, where I had to do all of the emotional labor, like most women in situations where either party has not worked out their shadow selves. Each piece of this album is about the Jungian concept of individuation and understanding, by way of exploration and healing of the shadow. Some songs on the album are about the sides of the shadow that deal with friendship, with art, with violence… this is the facet of that most associated with sex and sort of an adolescent kind of romance.” 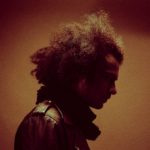 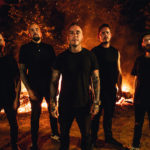