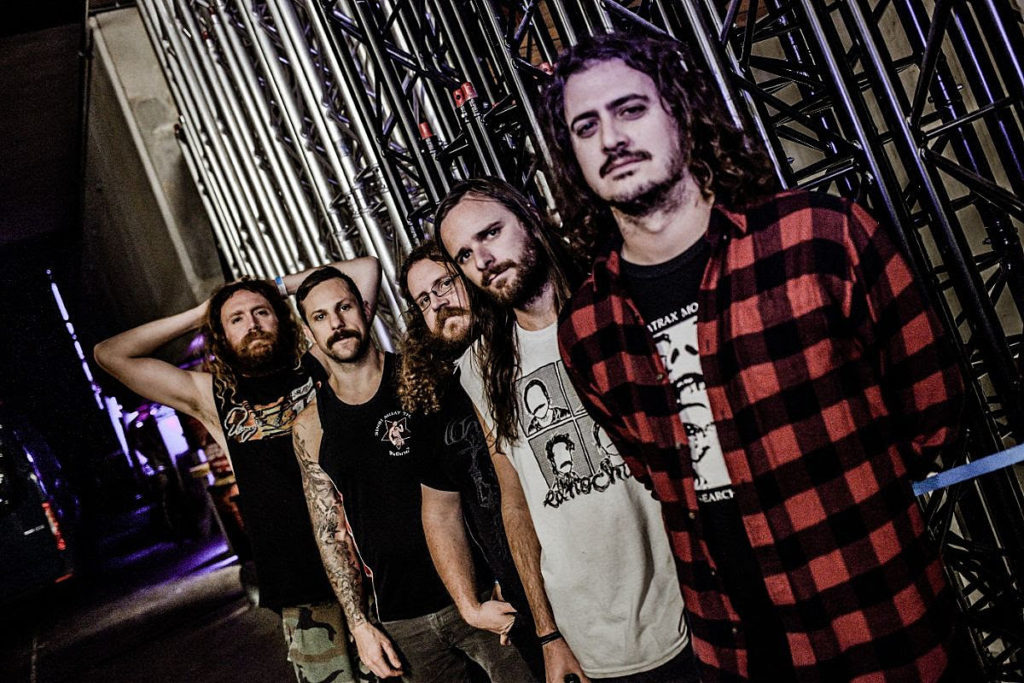 Richmond metal horde, Inter Arma has unveiled a cacophonic cover of Nine Inch Nails’ classic tune, “March of the Pigs.” The single is lifted from the band’s forthcoming covers album, Garbers Days Revisited, which drops on July 10th via Relapse Records. Head below to check out the new song, plus the previously-released cover of Neil Young’s “Southern Man.”

Commenting on the latest single, the band shares: “Hi. We released our cover of Nine Inch Nails’ ‘March of the Pigs’ this past Tuesday, but felt it would have been inappropriate to latch onto the outrage we’re all experiencing to promote a cover album, even if by happenstance. If you want to hear it, it’s out there. In the meantime, we suggest that you continue to fight against police brutality and institutionalized racism however you can. It’s working. If you’ve got the means, please consider giving a few or a lot of dollars to the Richmond Community Bail Fund and/or BEAM (Black Emotional And Mental Health). Links below. Black Lives Matter.”

Garbers Days Revisited includes covers of smashing singles by artists the likes of Nine Inch Nails, Prince, Cro-Mags, and more. Speaking of workgin the songs, drummer T.J. Childers shres, “Hunter Thompson used to punch out pages of Ernest Hemingway on his typewriter just to get the feeling of what it was like to write that way. The same can be said for anyone learning a great cover song: there’s a lot to be deduced from the information there. Actually learning the songs can lead to inspirational, new musical ideas.”