When discussing anything in the realm of extreme metal, certain adjectives don’t quite make the cut, and ‘sexy’ is definitely not often considered. South African duo Constellatia’s debut album (re-released a year after its independent launch by Season of Mist), The Language of Limbs, somehow makes any other classification seem a bit flat, though. To put it another way, here’s an object of undeniable beauty, an exercise in desire, a thought-provoking and intelligent counterargument and a result that leaves you feeling better about yourself; how could this be described as anything but sexy?

Then there’s the album name, which conjures images of horizontal aspirations, as well as song titles like “The Garden” and “All Nights Belong To You” which themselves carry overtones of musk and romantic promise. All of which is then delivered in a neat, indefinable and enigmatic package of music that shifts from post-black to shoegaze to prog without skipping a beat – and, more importantly, without veering into overly-intellectual neckbeard musing. Truly, a remarkable record and indubitably a sexy one.

But it goes even further than that. The Language of Limbs is also a powerful symbol, not just of mature musicianship, but of the potential for success this record promises for other up-and-coming South African artists with a flair for the left-field: Ladysmith Black Mambazo or Hugh Masekela may have paved the way for international recognition for artists hailing from this all-but-forgotten corner of the globe, and Die Antwoord may have made names for themselves with their less-than-savoury antics, but guys like Gideon Lamprecht and Keenan Oakes (the creative forces behind Constellatia) hold all the cards when it comes to clever songwriting, quality composition and all-round musicianship in the rock-oriented side of the musical spectrum.

Their approach to live performance matches this maturity, too: no moshpits and headbanging to mark their passing, but intimate, seated gatherings with artistic visual accompaniment speak more of chamber music than metal. Their album launch, entitled “A Song About the Waves,” at the Observatory Theatre in Cape Town on February 22, 2020 followed this recipe to a limited audience of 150 people, and it is this attitude of exclusivity, personality and quality-over-quantity that will really set Constellatia apart in years to come.

The yin-yang vocal presence of Keenan’s raw, visceral rasps constrasted with clean feminine contributions from Alison Rachel (Honeymoan) and Lucy Kruger may not be a new approach in metal, having been well used by bands like Theatre of Tragedy, but it suits Constellatia perfectly. The music balances black metal dissonance with Pink Floyd atmospheres, so it is only apt that the vocals add multi-dimensional texture themselves. On top of this, shimmery leads (“The Garden”), doom-like blasting (“In Acclimation”) and straight-up Wolves In The Throne Room worship (“Empyrean”) can all be found scattered throughout The Language of Limbs.

This well-rounded formula should come as no surprise, though: Gideon’s previous band, Crow Black Sky started as a fairly orthodox black metal outfit, but their second album (Sidereal Light Volume 1, available at http://www.crowblacksky.com) shifted gears and delivered one of the best examples of atmospheric black metal ever recorded, while Keenan’s previous gig as frontman for Wildernessking saw him taking South African post-black metal to a global audience via the Les Acteurs de l’Ombre label, including European tours. So, the duo has definitely earned their chops and it shows. Consequently, The Language of Limbs is accomplished, intelligent and yes, sexy as hell. Wel gedaan, manne. Die hele Suid Afrikaanse ‘scene’ is trots op julle.

“In Acclimation” occupies a grey area between Alcest and Numenorean, with hints of King Crimson thrown in for good measure.

The Language of Limbs Track Listing:

1. All Nights Belong to You
2. In Acclimation
3. Empyrean
4. The Garden 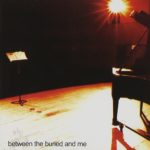