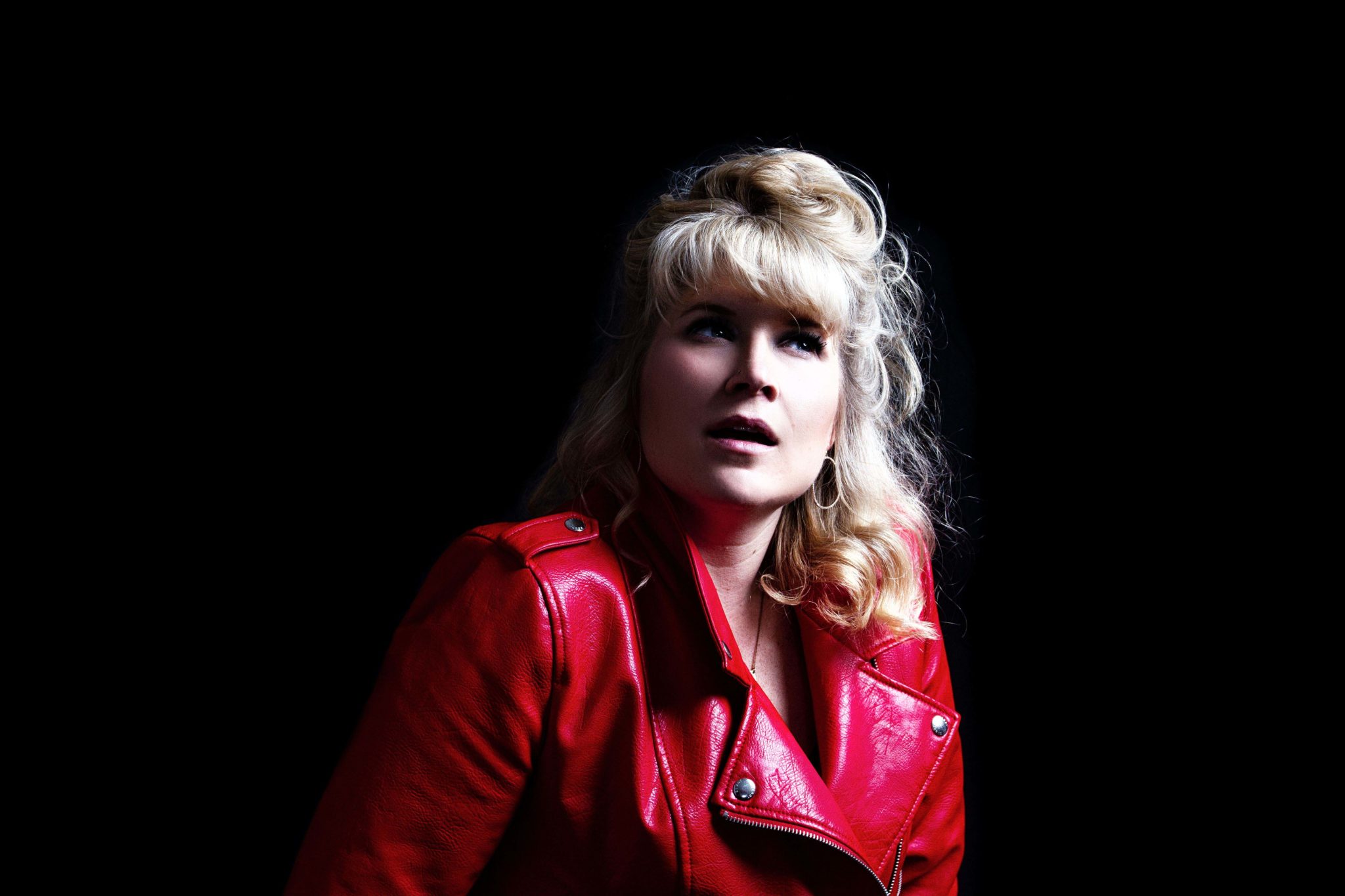 Alt-country darling Caitlin Cannon is a talented artist who’s not afraid to let her anger, wit, and passion burn alongside her tenderness; all tumbling deftly into an empowering, personal brand of music. The Alabama native – now shuttling between Southwest Colorado and Nashville – recently dropped The TrashCannon Album in which she boldly faces her issues (alcoholism, estranged family members, toxic relationships) with a crooked smile, shining light on the humour of broken relations, the power of hitting rock bottom, and the redeeming humanity of all walks of life.

With the new, aptly-named release, Caitlin takes listeners on a twelve-track journey with the command and aplomb of a well-rounded, veteran songwriter. To shed light on the self-ascribed ‘inner garbage’ of The TrashCannon Album, Caitlin is joining us for this track-by-track rundown of the record’s intimate subject matter with the stark honesty and unyielding positivity audiences have come to expect from her.

“This song has so much good humor in it. I’m one of the laziest, hard-working people I know. It occurred to me that if I could lower the bar, I’d feel better about that. The title kept getting passed on in my co-writes, until I brought it to Fred Kosak who appreciates a ‘90s country turn of phrase. There’s an apparent socio-economic commentary on college expenses, which is also meant to bolster the larger metaphor overall.”

“Megan Burtt and I wrote this song after deciding someone I was dating was acting like a toolbag. Then we did what songwriters do in that moment, and one of us said to the other, “Let’s write a song called ‘Toolbag.’” And now we have this hilarious anthem for taking a stand against staying in relationships with people who don’t really value you, which is so historical for me that it has actually become funny.”

“I found the chorus for this song in my voice memos after a night of blackout drinking. Writing the rest of it was like having a real come-to-Jesus with myself about the rapidly declining state of things. It’s the last song I wrote before getting sober again.”

“My brother was sentenced to life in prison when he was a teenager. So, for 29 years, my mother has been going to Alabama to visit him on a regular basis, doing however many haircuts it takes to pay for the plane tickets. I wanted to translate the experience of what that’s like, to explain the humanity I’ve seen in men like him, who are discarded by society, but whose families do not abandon them. It’s another collaboration between me and Megan Burtt and her living room floor.”

“Ever realize the first part of the word ‘Manhattan’ is ‘man’? For me, that’s no coincidence. Once I got sober and realized I was still addicted to a toxic relationship, I began to see inextricable similarities in my vices. This song is about that pivotal moment where one decides to change a pattern of conscious self-abandonment and step into a future with relief and self-acceptance; albeit a new normal that can be shockingly mundane and unknown at times.”

“From a compassion standpoint, I’m one who thinks everyone should have to wait tables at some point in their lives. I admire people who make their careers in thankless service industry jobs, who show up for their clients and customers in ways that go far beyond the job requirements. I wrote this one with my friends Amanda Ply and Robin Schorr, and I thought it was a really good fit for the record.”

“This one was recorded with nothing but me singing over Scott playing rhythms on the ‘trash’ kit. The ditty itself is simple and a kind of throwback to the swing/boogie era a la The Andrews Sisters. I love to bring modernized lyrics to the musical styles that influenced me. It didn’t need much more than drum accompaniment to make it fun and different.”

“I wrote this song when I was bartending in Brooklyn, feeling like I would never be valued as anything more than a pair of legs and a tray full of beer. Someone had told me there was really no difference between prostitution and bartending, as it is all some form of selling sex. The statement hurt because I felt there was nothing I could do to change my circumstances, no matter how hard I tried, so maybe I’d be better off as a prostitute. I put the joke in the song. Ironically, I hope it helps somebody who’s now in the position I was in to feel more hopeful!”

“I like satire and hyperbole. I like creating worlds within songs where it’s safe to explore a POV fully. Dolly Parton quite literally created herself as a caricature of what society deems valuable, was chastised for it and responded with the utmost self-awareness and humor. She was a step ahead of everyone with her balls of steel. My “Dumb Blonde” (originally titled “Playing Dumb’s the Smartest Thing a Blonde Can Do”) pays homage to her “Dumb Blonde,” and to all my heroines from the classic country and Hollywood golden eras.”

“This tune was a co-write between me, producer Megan Burtt, and Neville Elder, who gave me my first job as a backup singer/cowriter in his band Thee Shambles in NYC. It’s one of my favorites on the record and another where I got to put my current-day spin on a ‘50s style tune, an era where women were less encouraged to express anger.”

“I started writing this song a decade ago and it was really time to stop. It’s an old friend: It helped me to understand (and even grieve) the estrangement from my ‘bio’ Dad, that has so often manifested itself in my relationship choices and behaviors. I probably owe it $85/hr times 10 years, or whatever good therapists charge these days. I could see it working well in a Tarantino-esque scene, where a bunch of pissed off little girls take their power back.”

“There’s an old folk formula for songs that have no chorus. This one tells a story of a hopeless romance in four parts, although I’ll admit I’m still considering writing an alternate ‘happier’ ending. I love that it’s sparse and simple, and it’s nice to have a track on the record that sounds more like the softer side of me without the band. It was such a sweet tune to say goodbye on.”