Is djent dead? A lot of misguided folks will tell you that the sub-sub-almost wasn’t genre absolutely is, having been nurtured and formed by Meshuggah over their early career in the ‘90s, taken up by a notable few and expanded in the early 2000s, and reaching its seemingly creative peak in 2011. Since then, the key players have either moved on to new and different climes or found themselves treading the same territory until they are no longer relevant. Periphery is one of the few that has continued successfully, always expanding on their palette and keeping the djenty goodness alive, and a lot of that comes down to the six-string virtuoso with the biggest smile, Misha Mansoor.

Before Periphery formed, Mansoor was just a guitar player that wanted to be heard. Under the name Bulb, he shared his demos far and wide online, in chat rooms, guitar sites, and soon enough, Periphery fan forums. Much like the prolific and equally talented Buckethead, he sent out numerous bits and pieces, from instrumental fragments to fully fleshed-out songs, and the fan base was rabid and dedicated. When Periphery recordings finally emerged, many of these musical sketches could be found either as they were originally or reworked to ease into the compositions. Either way, the mysterious Bulb had already made his mark and is, today, one of the frontrunners of the prog metal/djent movement and a bona fide modern guitar hero.

During the creation of a new Bulb album recently, he was reminded of the huge amount of material still officially unreleased and most of it only available by scouring the internet. From there, he decided to finally make it all available in one collection through 3DOT Recordings, in a 10-album cycle to be released bi-weekly from the 12th of June until the 16th of October 2020. These will be made available in descending order, starting with the most recent of the Bulb archival material and working back to the very origin of the project, including an orchestral album midway and ending with an electronic finale. Dead proggy, innit?

And thus we have the very first of these, Archives: Volume 8. As expected, the djent level is high throughout, with loads of sub-sonic low-end and meticulous, mathematical guitar-work, furiously heavy riffs, and tight construction with a phenomenal rhythm section. That said, this is Misha Mansoor, one of the friendliest, fun, and most outgoing of the modern prog crowd, and his sense of humour shines warmly, especially with the lyrics and playfulness of “Beta (April Fools)” and “Fucking Fuck.”

The tracks without vocals play very much as Periphery songs without any lyrical complication, and that leaves them cloaked in pure thall and Meshuggah-worship – as a Periphery fan that finds the vocals quite saccharine and overly-melodic, this is the djent that I crave, and proves that the genre is still alive and well (albeit without the hyped record sales from a decade ago). As a musician first and metal fan second, he doesn’t just put the pedal to the proverbial metal all the way through, and there are plenty of atmospheric, electronic, and dulcet passages that keep the dynamics flowing and the attention rapt (most prominently in “Heliovice,” “Odd,” and “Just Because”).

The production is balanced and, for a collection of demos, really on the money. Just short of the high-end quality of a Periphery record production value, all of the bells and 7-string whistles are in your face and it plays seamlessly. The playing is next-level on all counts (naturally), even when he’s goofing off, and that once again speaks to me as a fan in Buckethead terms – this music is for the serious cats, the guys that collect every recorded second of the man and his band, every piece of merchandise regardless of price or validity, and want to feel part of the talent and the process. It’s a Misha/Bulb/Periphery fan’s dream come true, and you can feel every drop of love and dedication contained within.

This series will be a massive undertaking, but if Archives: Volume 8 is anything to go by, it’s a labour of love that will offer many rewards to fans old and new. Mansoor really has nothing left to prove after all the success and adulation over the past decade, but he clearly feeds off the love of the fans (as Mike Portnoy did in his time with Dream Theater, where he ran an entire website that he controlled, filled with DT bootlegs, demos, and fan club shows) and keeps the magic alive by returning the favour. It’s geeky, dorky, heavy as all fuck, and really, really enjoyable. Here’s to the next nine releases! 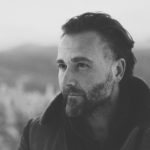 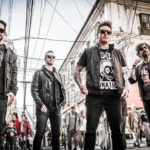