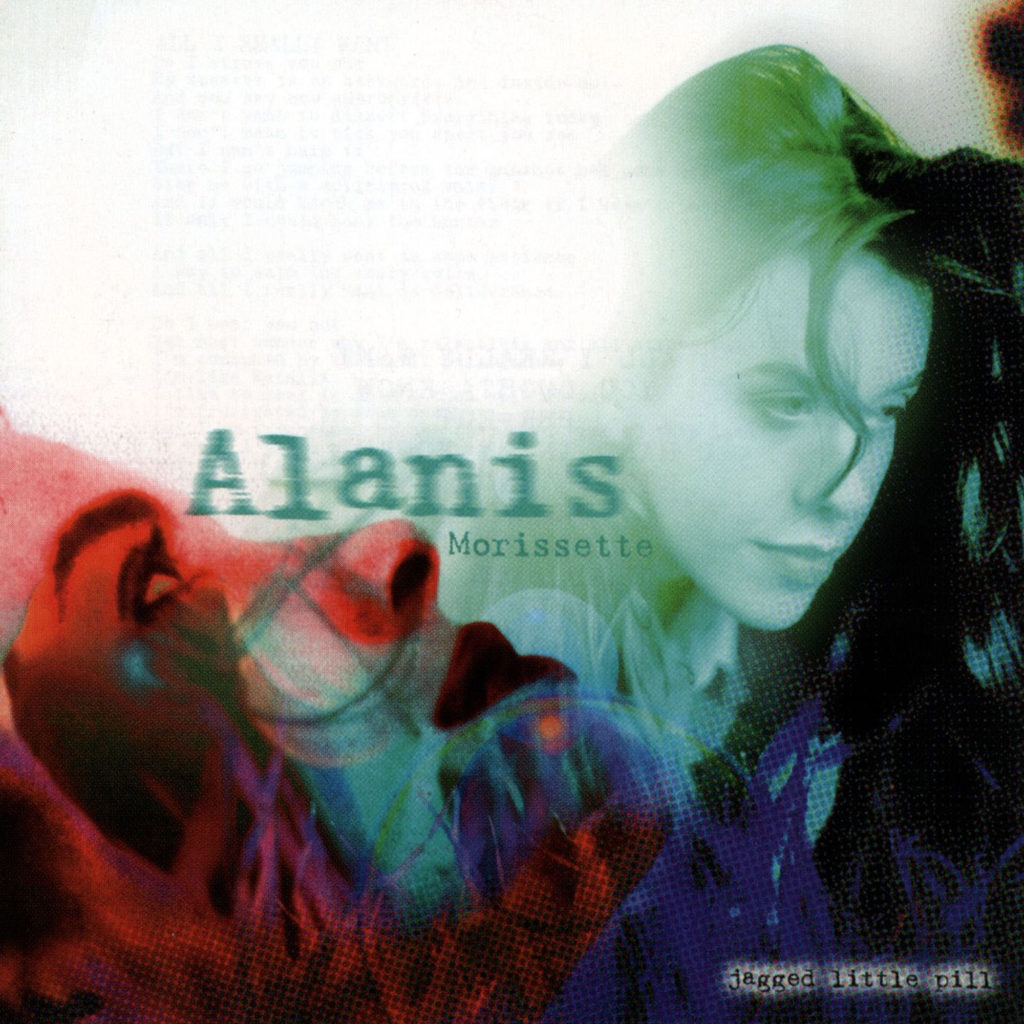 Possessing ample Paula Abdul-inspired panache, colliding with untethered Jane Child-sanctioned appeal, sixteen-year-old Alanis Morissette seemingly had all the right stuff when she danced and sang her way into the hearts of fellow Canucks with her first two, Canadian-released LPs in 1991 and 1992. But sixteen to 21 is a big age gap, especially for an aspiring pop music artist. As a result, Morissette’s music had evolved by the time her third record was released internationally via Maverick Records 25 years ago this week (June 13th, 1995). Simply put, “little Alanis” had grown up. And she wasn’t playing games.

In the summer of 1995, most of the oxygen in the male-dominated modern rock “VIP Lounge” was being sucked up by the anointed corporate poster boys of the day. But Morissette seemingly failed to notice the “No Girls Allowed” sign hung outside the patchouli-filled chamber. She came crashing through the door and immediately disrupted the virtual circle jerk with Jagged Little Pill — a bold and brash record that commanded everyone in the room to zip up, sit down, and pay attention. And they did. So did just about everyone else.

Produced by Morissette’s recently-recruited songwriting partner and multi-instrumentalist, Glen Ballard, Jagged Little Pill provided AOR radio with a much-needed breath of fresh air. Bursting with honesty and pure poetry, the record’s twelve songs spoke to music consumers, not at them. While Morissette certainly possessed the pipes to prove her powerhouse ability, she also possessed the artistic prowess to take a stylistic “left” at Albuquerque — resulting in an authentic, vivid snapshot of real-life that could have been revealed by any gal sitting at any coffee shop located in “Any Town, USA.”

Driven by garage-birthed guitar riffage and accented by Dylan-inspired harmonica, “All I Really Want” points to relatable relationship challenges. What Morissette and Ballard accomplish, particularly with the unique vocal harmonies, makes this opening track one of the record’s most irresistible highlights.

Recounting her Catholic upbringing, “Forgiven” deals directly with Morissette’s conflicted past experiences with organized religion, while also embracing the possibility of certain positive aspects. The lyrics are moving. And the melody — massive. Rounding out my personal Jagged Little Pill “Holy Trinity,” the harmonica-enhanced “Head Over Feet.” Delightfully contagious, the “healthy” love song is in stark contrast to Morissette’s myriad of drama-filled, scorned ex, breakup anthems.

With over 33 million copies now sold worldwide, it continues to be one of the best-selling slabs of all time. Due largely to its unabashed bravery, the record was enormously important back in ‘95. And it remains as fresh and vital in 2020 as when Morissette first crashed into that “VIP Lounge,” a quarter-century ago. Who could have guessed that one day it would inspire a successful Broadway play? Suck on THAT, boys!