9ToEarth have released their debut EP, Kogarashi Tales – an alternative and electronic collaboration that sees the duo mixing fragile, naked feelings with the depth and darkness of raw and mysterious sound. Kogarashi is a Japanese word that means the wind preceding the onset of winter – thus Kogarashi Tales showcases itself as a collection of stories that are connected and carried by that cold, windy feeling with songs that share the personal, yet universal, stories about love, loss, loneliness, dependence, and inner strength. Thoroughly crafted lyrics poetically penetrate the psychology of the mind, human desires, and flaws.

After a trip to Japan, Kika felt overwhelmed with inspiration from Tokyo’s hectic city atmosphere that contrasted its legendary parks and shrines. She observed the well-cultivated traditions that go unchanged for years for the country’s people. 9ToEarth used these connections to showcase a contrast of old darkness with new wave influences within their EP.

“We are very inspired by the asian culture,” Kika Stepa of 9ToEarth said. “I based many ideas for the lyrics on the idea of contrast that I believe is a strong part of the Japanese culture.”

The duo uses harsh industrial sounds with delicate, flowing melodies. “With the EP we wanted to reflect some of our struggles in life but also delve into the human psyche and illustrate it in our own words,” 9ToEarth said. Strong bass and sharp drums make 9ToEarth’s music danceable while emphasizing their dark vibe. 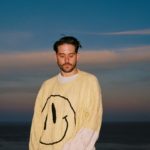 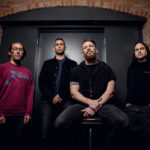