Based in Zimbabwe, https://www.facebook.com/NuclearWinterZim Gary Stautmeister is a talented musician who peddles death metal under the moniker Nuclear Winter. Stautmeister is currently gearing up for the release of the latest album from his solo project, the StormScapes EP which drops on July 15th via South African label https://mmdrecords.bandcamp.com MMD Records. Today, to whet fans’ appetites, Nuclear Winter has unveiled a cover of the Toto classic “Africa.”

Speaking on the tune, Gary says, “After listening to the original song again I realized the anthemic chorus and general rhythm of the song could translate well into being made heavier. Doing a heavy cover like this is done just for creative fun though, but also aiming not to lose the feel the original song has.” 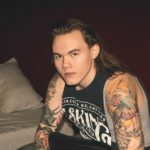 eli. Shares an ‘undefined.’ Track-by-Track Breakdown of His Debut Album 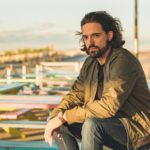