Rockford, Illinois-based electronic act, Shadows and Mirrors dropped their new eight-track album, Levels, on March 28th and followed its release with the music video for the lead single. According to a recent press release, the album’s title and theme references, “‘levels of human existence’ both in the physical and spiritual realm. It’s the understanding that every single person you interact with is operating on a unique level both physically and spiritually.”

The dark, brooding electronic beats are steeped in mid-‘90s industrial are tie in well with the world’s current global political climate. Shadows and Mirrors, aka Brian Diamond, shared the following thoughts on the album, “The subjects are dark and maybe even a little disturbing. I felt it was important to be honest about the music, and this record is definitely that. 2019 saw three deaths in our family so the work echoes some of what we went through. Some people will be turned off by it, and that’s okay. I didn’t write it for them. I wrote it for me.” 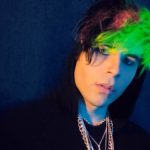