When it comes to queer pop, there are few as awesome as J GRGRY. The energetic, emotional, and high-intensity artist is the personification of honesty and self-expression and he’s back at his old tricks with the latest single and music video, “Don’t Ever Give Up,” due out May 29th on Ditto Music.

This is something of a comeback song for GRGRY, a way of saying hello to the world again after a trying and adversity-heavy time in his life. It may sound upbeat and fun-loving, but the writing of “Don’t Ever Give Up” came during a dark time wherein he was physically ill and emotionally scarred over some cancelled album recording sessions as a result of a messy professional breakup with his former producer. This left GRGRY constrained financially and unsure of how to proceed both emotionally and creatively.

In less than a half-hour, GRGRY wrote the entire track even though he was feeling deathly ill. Right after finishing the song, he collapsed in bed and by the following day was in a hospital bed due to a severe case of pneumonia. Some tough days followed, but he still maintained hope, due to the fact that he was pleased with being able to complete “Don’t Ever Give Up.” The song provided him with some optimism which he, fortunately, was able to carry forward after he recovered from his illness.

“Don’t Ever Give Up” is a new beginning for GRGRY, and serves as the first single from a new album which he plans to release soon. Underneath the dancy, pop vibe of his songs is a deeply personal, coming-of-age story of growing up gay in a highly religious atmosphere where he felt unaccepted. Feeling depressed and worthless, he turned to alcoholism and his life began to spiral out of control. With the help of music, GRGRY found self-acceptance and love and became motivated to share his instinctual and honest words of wisdom and self-expression. It’s carried him forward to the present where he now feels comfortable with himself, his music and his path onward in life.

We spoke to J GRGRY for a few minutes to ask him more about the music video for “Don’t Ever Give Up,” the creation of the song, and his upcoming album.

I found that the video for “Don’t Ever Give Up” fits well with the song and it’s a fun companion piece to go along with the song itself. Tell us about how you came up with this idea for the video and how it all went down?

J GRGRY: “The idea for the video came from some difficult moments over the past few years. The release of my debut EP in 2017 brought radio and festival performances, great press, tours, recording sessions… everything I was hoping for. Unfortunately, I was dealing with massive fall outs from my biological family for being gay. I was working full time as a barista in Seattle to pay for all band and life expenses, and although I was able to pay musicians and put the shows on, I was living hand to mouth behind the scenes, struggling to stay afloat. I had to change my band line up more than a dozen times over 18 months due to issues around alcohol, heroin and misogynistic behaviour, in the more difficult cases.

The idea for the video came as a full circle conclusion to me as a young teenager in my bedroom, day and night, teaching myself how to play all these instruments, persevering and finding true joy despite the chaos I was experiencing.

When people let me down or picked on me when I was little, music kept me hopeful and I would imagine a version of me that could be happy and live freely. So, I had the idea to build a progressive version of me for this shoot. Normal/little ‘Joem’ hat and jeans playing drums. Then, white stage costume, starting to become J GRGRY with a small amount of makeup for me as the bass player. Black costume with a little more makeup for the guitar player. More makeup and sunglasses for the piano player, and finally, J GRGRY in a full stage look: pink costume, smiling and free, enjoying life authentically as the musician I dreamed of being as a kid.”

Tell us about how “Don’t Ever Give Up” was written because it’s quite the story of how this song came to fruition. You really wrote this song just prior to collapsing in bed from pneumonia?

“Oh wow, yeah, this was the most intense physical battle I’ve ever had writing a song, for sure! Footnotes to this story are that I work hard daily to fight against depression that has had me medicated on everything from Zoloft, to Effexor, to before that when I self-medicated with a fifth of alcohol daily. Knowing all that… When I wrote this song, my fiance and I were living in an apartment in Los Angeles where we had been working on the follow up to my EP.

This particular morning, I was feeling what I thought was the throes of depression. I had parted ways with my biological family and a nefarious producer in recent weeks and I was feeling terrible and defeated. I thought my exhaustion and shortness of breath were related to this. In a desperate plea with myself to not succumb to a week of inability to get out of bed, I crawled over to the keyboard station in the living room, hoping music would lift my spirit. Immediately, a song melody developed (like it had already been there type thing) and a full concept of lyrics were throbbing in my brain. In all honesty, I don’t know how it happened but I sat down and almost without stopping, wrote this song.

My upper back was hurting so much after I recorded the first pass of the song, I asked my fiancé to help boost the piano bench with some flight cases we had lying around because I thought my posture and depression were causing my physical pain. Twenty minutes later, I had the full song written and conceptualized and demoed. Twenty-one minutes later, I had collapsed in bed with an exhaustion I can’t even verbalize. Within eighteen hours the doctors told me I had pneumonia in both lungs and it ended up being more than six months until I was fully recovered.”

When most people would have felt their sickest, you felt your most creative, at least for a short time. Reflecting on this experience, how do you make sense of it? It’s a little crazy when you think about how it all went down.

“I don’t know that I felt my most creative in that moment, but I felt an indescribable urgency. Like a higher self knew; I had a chance to give myself this beacon of light the universe was going to offer me, through song, if I hurried, before illness shut me down for months. I can easily go from zero to a-hundred-and-esoteric… when it comes to talking about songwriting, so bear with me but, this song (and a couple others I’ve written) happened in such a way where I can’t explain it but it truly feels like a huge, thick cord gets slammed into my neck, above my left shoulder, under my ear, and an entire song I’ve never heard before just comes to me in a full, clear vision. Full song, almost immediately. Like, hands and voice can’t get the information to the computer hard drive fast enough. It’s bizarre and this was definitely one of those songs. I should also say, it’s more intense, and less exciting than it sounds when it is happening. It’s like, half panic attack, half dream, one percent time spent breathing and enjoying the ride.”

“Don’t Ever Give Up” will be included on an album. Is the album finished? What can you tell us about it?

“‘Don’t Ever Give Up’ will be included on my full-length which was scheduled for release this June but had to be pushed back to June 2021 because our US, UK and tours of Asia had to be scrapped due to COVID-19. It’s been so difficult to have these songs and not be able to release them but we have worked so hard and fought through so much adversity these past three years that I have to see them through to their perfect end. It’s a group of 23 songs we will narrow down to twelve or so for the debut LP next June now. I’ve been working on the record with Grammy winner Craig Bauer, who did Kanye West’s Late Registration and Graduation albums among so many other amazing records. It’s been an absolute thrill and honor working with him and the excitement around all of these songs is palpable. We are over the moon!”

Although the song sounds fun and upbeat, it was written during a difficult period for yourself, including some recording sessions that never happened because of a fallout with your producer. How were you able to turn this negative energy into such positive energy?

“This question makes me think of the deep love I have for the band New Order. Their music sounds so fun and is so danceable, I truly love it! When you listen to the lyrics more, you realize, it’s a lot deeper and darker than it may appear on the surface.

For me, the default is pain and anxiety, those are things I was taught to feel safe with and it laid a foundation of thinking for me. As I grew as a songwriter and a person I realized that pain and anxiety aren’t going to go away by me celebrating them or choosing to feel safe in those emotions. Focusing on how others have wronged me or the mistakes I’ve made in trusting these people will only keep me from my joy, so I really try to turn to music and songs to lead me away from negative, destructive thought patterns.

To answer the question, it’s difficult, and I’m not always able to do it, but when you can take ownership for yourself and clearly identify your goals, you can see the negative things, people and experiences in your life as useful and move away from those anchor points, stronger, without clinging. In the end, if you are able to frame it positively in your mind, these negative experiences can propel you to great heights of peace and joy and stability in your life. Don’t let other people’s narratives or inabilities impede your progress. Don’t ever give up!” 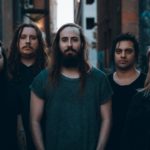 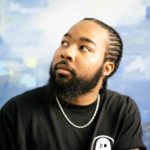 Stereo Six: Paul Chin on the Albums that Shaped His ‘Full Spectrum’ EP