Have you ever wondered what it’s like to live in a video game? Well, if you haven’t, you’re about to find out just what it’s like to actually be Super Mario thanks to Danny De La Rosa and his new game-themed music video for “It’s Alright It’s OK,” a single from his debut solo album, 12 Weekends. The entire video takes place inside of a video game, with the story playing out among the many blocky individuals you encounter throughout the clip, including that awesome dude shredding his guitar while standing on top of a police cruiser—yep, it’s as cool as it sounds. The melodic and upbeat song actually fits perfectly within the context of the video without coming across as silly or exaggerated as computer-generated music videos often do.

Here to expand upon the track and shed some light on the context of “It’s Alright It’s OK” is De La Rosa himself. “This song is from the perspective of a straight-laced moralistic guy that is hanging out with a girl that likes to party and raise hell. The guy is trying to change her to be his idea of normal and trying to push ‘maybe just wine on Sundays listening to Coldplay’ instead of constantly drinking and embarrassing him. He ends up realizing he can’t change her and he has to stop wasting his time. The album has an extended version of this song with a cool blues breakdown. This visual story of the song takes place in a video game world created by video editor Miras Orazbekov.”

The release of 12 Weekends comes as something of a relief for De La Rosa after his departure from Babylon A.D. in 2017. While it would intimidate most to dare pull out of a highly successful rock band, De La Rosa had the guts to do what he felt needed to be done, go his own way to pursue his own personal development. A large part of his motivation for going his own way was to be in a position that would allow him to write his own style of music and learn to play the way in which he wanted to without having the input of others to run him off course. It had been his dream for some time to do things by his own rules and it has worked to his advantage, with his enthusiasm for music never having been as high as it is now. So charged up is he by his solo career that Danny is looking to record the follow-up to 12 Weekends soon.

For a man who was already in an established band, been signed to Arista Records, and auditioned to be in KISS when Ace Frehley left, it says a lot that Danny De La Rosa is this high on his current creative pursuits. With such newfound enthusiasm, it will be exciting to see what type of output the artist is capable of in the coming months and years. 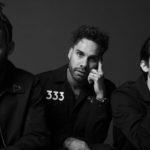 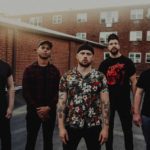