A man arguably considered to be among, if not, THE world’s best-known DJ, the Grammy® Award-winning, platinum-certified Tiësto has confirmed a May 15th release of his new album, The London Sessions. Accompanying the announcement is the music video for the single “Nothing Really Matters” featuring Becky Hill.

The London Sessions was, as you may have guessed, recorded in and inspired by London, and features local artists Becky Hill, KAMILLE, Mabel, Violet Skies, and Rita Ora among others.

Commenting on the album, Tiësto shares, “I have been really inspired by the music coming out of London and the scene there. London has always been a great place for me to discover new music and artists to get inspired by. Working with these incredible artists and making the music while in the great city of London was such an awesome experience and I am excited to show you the recorded momentum we had going through those weeks in London. All the ideas from the London sessions album started here in London at SARM Studios.”

1. God Is A Dancer (with Mabel)
2. Nothing Really Matters (with Becky Hill)
3. Ride (with The Kid Daytona and ROE)
4. Ritual (with Rita Ora and Jonas Blue)
5. Jackie Chan (with Dzeko feat Post Malone and Preme)
6. Lifestyle (feat KAMILLE)
7. On My California (with Shaun Frank feat Snoop Dogg and Fontwell)
8. BLUE (feat Stevie Appleton)
9. Round & Round (feat GALXARA)
10. Lose You (feat ILIRA)
11. Over You (feat Becky Hill)
12. What’s It Gonna Be (feat KAMILLE)
13. Insomnia (feat Violet Skies) 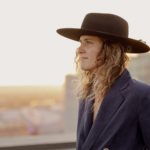 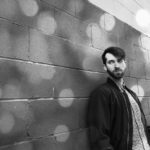