Describing themselves as ‘anything but predictable,’ Slovenian quartet Teodore is jumping onto the scene with the intention of following their innate creative guidance without regard for genre. Their sound is ‘rock’ in the broadest sense, but they more fully embrace an alternative tag, preferring to exist in the shadowy in-between realms of popular music. With such a murky definition, it all really comes down to the music.

Their debut release, the We Are You EP, dropped on March 26, 2020, and hails Teodore’s first bold step in their career. A two-part release, the EP is mercurial and unconventional while harnessing Gothic sensibilities to explore the dark themes of suicide.

With such a heavy topic for your first release, the band are clearly unafraid to tackle the tough issues that interest them. Now, to get a little more familiar with the unique ways of Teodore, we have the group joining us for this Guest Blog to explore the two sections of their new EP.

Teodore Dish on the Two Halves of Their New We Are You EP:

We decided to approach the problem of suicide based on a terrible event last year when we suffered the loss of a dear friend. He was going through a difficult time until he could not endure it any longer. Since this was not the first time we crossed paths with suicides in our life, we felt we need to address this problem out loud.

Part 1 talks about a guy who is going through a life crisis. It talks about how we lose people like him, even when we think we are there for them. The song ends with an unanswered phone call and the realization that the guy committed suicide.

Even though the song is acoustic and seems light, it is, in fact, a pretty heavy and dark tune, where one could feel a lot of emotions while listening to it.

“We Are You (Pt 2)” is heavier, genre-wise. In this song we wanted to illustrate a person’s inner battle with depression, fighting with thoughts about suicide and inner demons.

It is written in the first person. Both verses were recorded multiple times in different voices, making them sound like demons are talking about who they are, why they consume you, and how it ends with their victory resulting in your suicide.

The interesting part is the bridge, where we had help from primary school children. They helped us sing that part and, in a way, it sounds even more “wrong.” This part is as dark as it gets.

The best comment on this song we received so far was that it is a good song but you can not listen to it like any other song, because you feel sad and are left wondering about people close to you at the end of it.

And that is all we really wanted to achieve with both of the songs! Raise awareness about this problem.

We live in a world where information about everything is just a click away. We have the best technology we have ever had. We can buy almost everything, and yet the level of suicide rate and mental health problems have never, in the history of man, been as high as they are today. 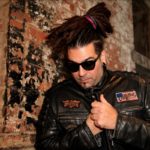 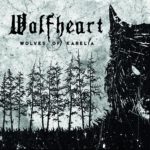