We’re inviting you along to get “Hyper Drunk” with Blandlord while they tell you a little something about some of the music they love most. While the name is a relatively new creation, the men behind Blandlord have been playing together for over eight years now. The band moniker came to be when one of the members, after having been dealing with some difficult landlords, blurted out “Blandlord” as the word that should be used to address them—the name stuck right from the beginning!

Musically speaking, much of Blandlord’s material is a personal statement on our current state of affairs, offering a tongue-in-cheek look at what’s happening around us. Instead of trying to give you all of the answers, Blandlord has strictly focused their attention on providing you with a soundtrack for the times when you ponder life’s various issues and dilemmas. The group stands proudly of the fact that they operate strictly as a democracy with each member holding a veto on every segment of the band. It has helped to create a real camaraderie among Blandlord’s men and is one of the primary reasons for their current productivity.

In light of the recent release of their single “Hyper Drunk,” here is our latest Stereo Six feature wherein the guys detail some of the key musicians and albums that made them the formidable rock trip they are today.

“This is the first album that introduced us to Guided by Voices and, needless to say, we were immediately hooked. The last song on the album, ‘Postal Blowfish,’ really sealed the deal. We even play it live from time to time. Blandlord has made many pilgrimage to see Guided by Voices since finding this album, we never fail to go full tilt with Uncle Bob and the boys. Jon even broke his arm before the show in Cleveland last November, but that didn’t stop him from rocking front row all three hours and snagging Bob’s set list.”

“This album has such a great attitude, you are immediately sucked into this space of ‘Mambo Sun’ right out of the gate. It’s really hard not to be in a good mood when this one is cranked up. pure party album. Not only does it have T. Rex’s biggest hit ‘Get it On,’ every single song on this album is a 10/10. Super tight rock songs, really great bass and drum grooves, and monstrous guitar tones throughout. Even though it was released in 1971, it influenced a lot of music towards the end of the decade, there is direct lineage to hard rock, punk and new wave. If you don’t like this one I am not sure what to tell ya bud, you’re just not cool.”

“Proof that satire and humour does belong in music. This the quintessential concept recording. Insightful lyrics, intricate arrangements, a true masterpiece if you open up your mind. It is a really powerful album when you think of the context of times, Zappa had no qualms about voicing his hatred towards the business side of music, and over reaching censorship. He really leaves no one unscathed, Hippies and the counterculture, LAPD and right wings politics. Nothing is off limits and nothing is worth not voicing your true opinion. Unfortunately, this album has been victim to censorship over the years from both MGM and Verve Records…‘What’s the ugliest part of your body…”

“Big Star returns, now as a three-piece and really hones in on the guitar-driven rock from the original number one record. It is everything we love about the first Big Star record, but louder and more broken. Guitars turned up to 11. Superb songwriting while kicking you in the teeth, ‘O My Soul’ and ‘September Gurls’ are the epitome of power pop songwriting. The album ends with one of the most perfect love songs ever to be caught on tape ‘I’m In Love With a Girl.’”

“Cough… Cough… Cough… ALRIGHT NOW, WON’T YOU LISTEN,’ and boy did we ever listen. This is one of the heaviest albums of all time, it is the foundation of stoner rock. ‘Into the Void’ is the reason why metal is cool. The tempo and tuning of heavy music is completely derived from this album. And if it wasn’t for this album we probably wouldn’t another one of our bands favourite record, Dopesmoker by Sleep!”

“The most relatable modern jazz record. The AC/DC of jazz records. Jimmy Cobbs’ drumming and bass playing is the quarter note of music. A definitive records that has taught many musicians timing. The most perfect yet simple jazz record of all time. It really drives home the idea that some of the best music is most spontaneous. You don’t have to overthink and pre-arrange everything to death to become memorable, you just have to capture the right place and time with the right people. This is something we love about Miles, and his further explorations of these fresh into Bitches Brew eleven years later. Its influence is far-reaching, from Allman Brothers to James Brown to Pink Floyd to Sly Stone to Brian Eno to A Tribe Called Quest and on and on. Timeless.” 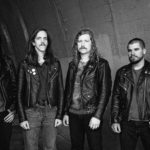 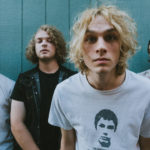